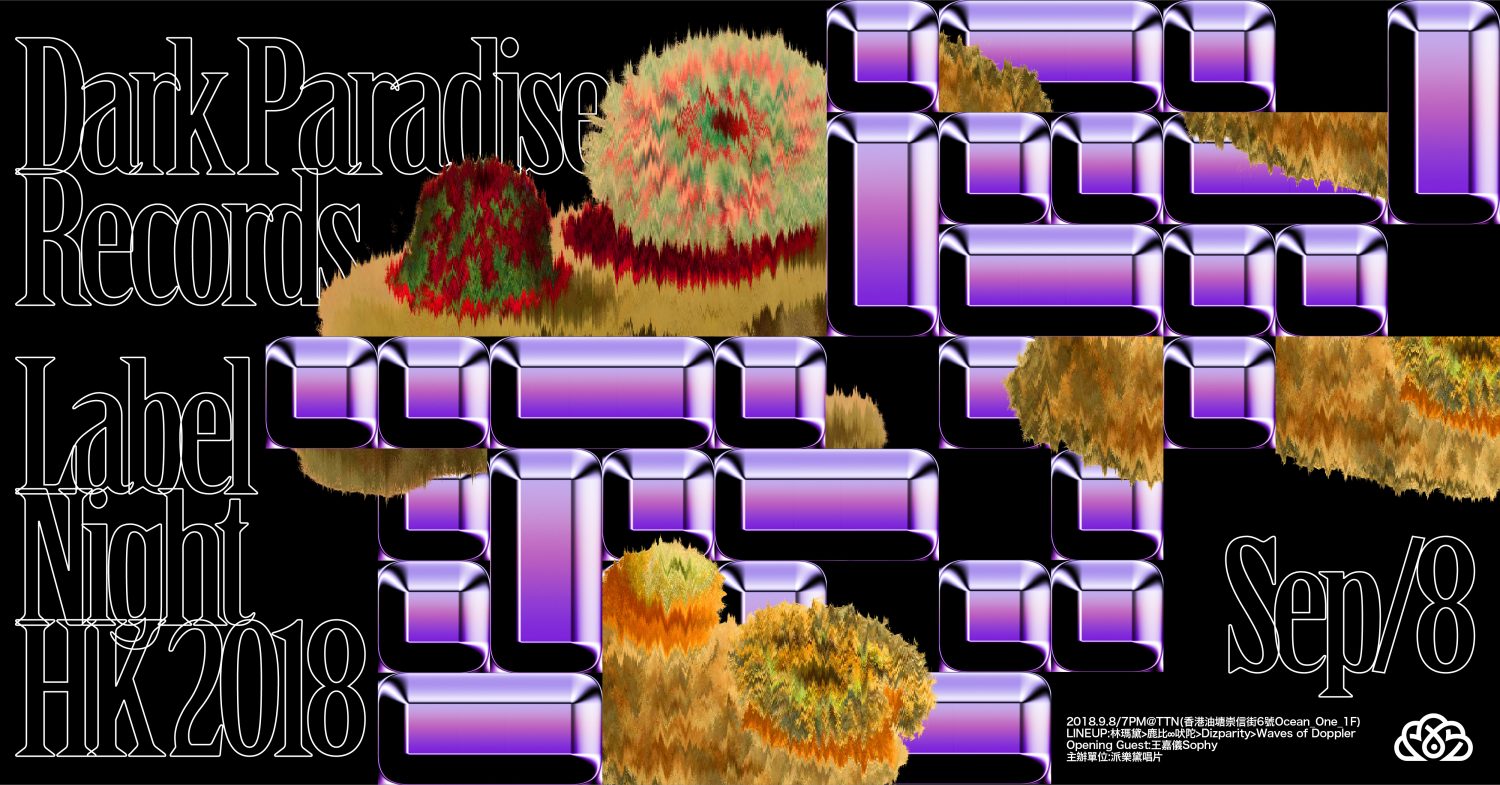 In their fifth year of operation, Dark Paradise Records is set to make their Hong Kong debut with a label night on Sep 8.

Supported by special guest Sophy (HK), the event is going to feature most of Dark Paradise Records' most-wanted repertoire, creating an epic night experience that you won't forget.

MATELIN is an indie electronic outfit that incorporates downtempo, trip-hop, jazz and dance-pop influences. Formed in 2012, they possess a sound soft yet complex. Much of their crystalline sound is derived from the endlessly pretty, subtle, almost whispering voice of female lead singer Asha. The other members are synth player-music producer Huang Shao-Yong and guitarist Lin Yi-Chi. They have released two albums and won high appraisal in the indie music scene.

Ruby Fatale is an experimental glitch producer who pursues a dark gritty style with influences from stoner and doom music. She always grabs idea from literature, geometric figures, and her own life experiences. She tends to tell a story with an industrial and cold sound, creating an anxious atmosphere. Her debut album Gravity and Grace was the Best Electronic Album for the Golden Indie Music Awards in 2016. Inspired by the UK bass music and live jazz performance, Taipei-based producer Dizparity has developed his own style of making atmospheric dance music. He co-produced an abstract ambience single "Agola" with British-based artist Mira Calix, which was included in The Roundhouse Rising Sounds 2016 compilation album. In 2016, his single "Wick" from his debut EP Disparity was nominated for the Gold Indie Music Awards for the Best Electronic Single. He then went on to release another EP and the debut album entitled "Night Phase", both of which have also gained positive recognitions. Waves of Doppler is a solo project of Taiwanese electronic producer Hsu Chia-Wei. He fuses electronic music into a classical music structure with delicate layers of sound design and instrumentations. He also implements a variety of analogue devices and digital techniques into creating a uniquely structured aspect of electronic music.