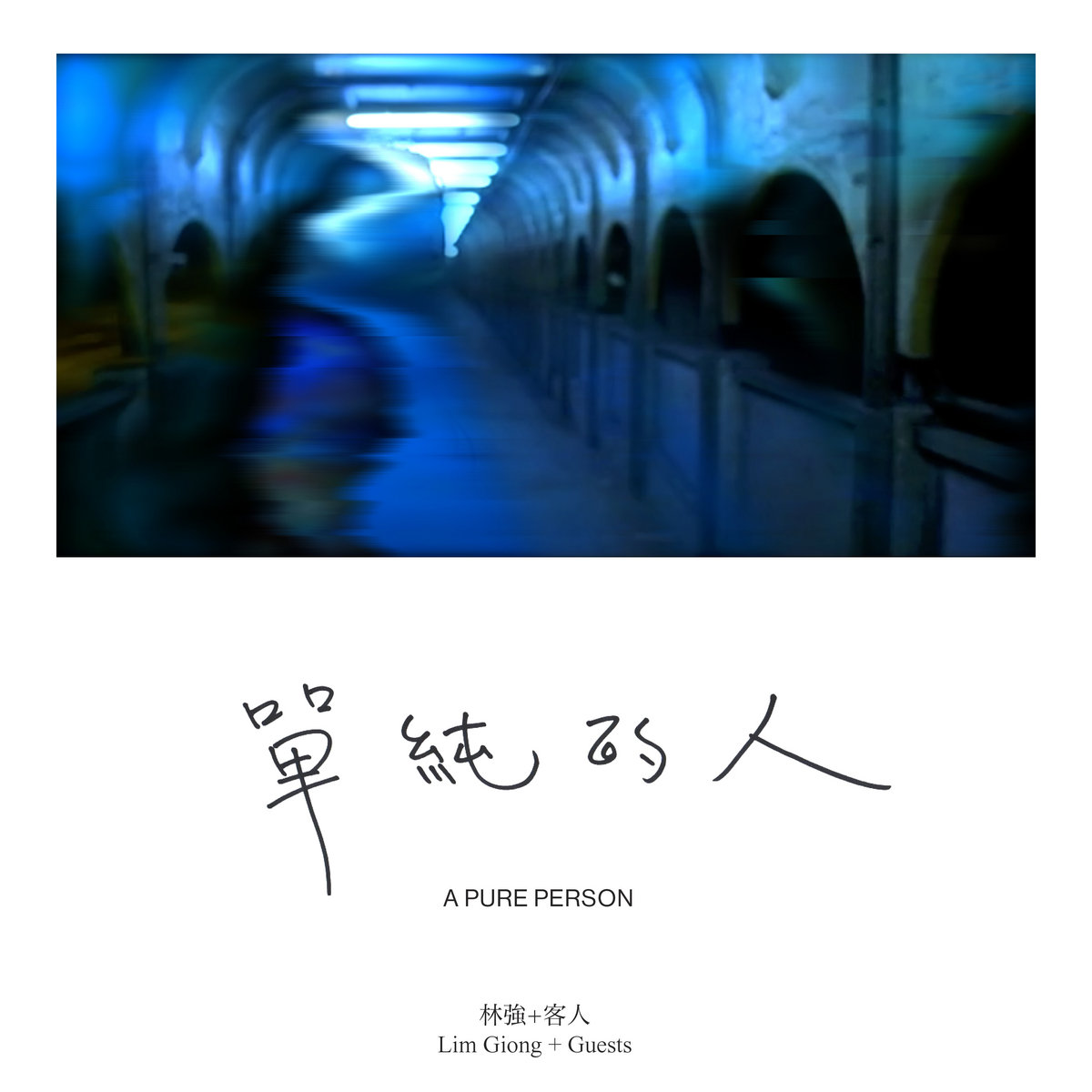 It’s one of the most iconic opening scenes in one of the most oft-debated films in the pantheon of Taiwanese cinema. Hou Hsiao-Hsien’s Millennium Mambo (2001), an ethereal, disjointed tale of the harsh, intertwining threads of romance, pain, and regret, doesn’t so much fade in as it does glide, the camera following a beautiful young woman, Vicky, as she seems to float through a covered pedestrian overpass, narrating the fatalistic path of a life both wondrously free and cruelly contained by the push and pull of obsessive, domineering love.

Throughout the scene, a song so undeniably of the past and yet, twenty years after it first flitted softly into cinemas and soundtracks, could still worm its way into a contemporary Spotify chillwave playlist, floats along with Vicky, a pulsing beat, a soft, bittersweet guitar line, and otherworldly melody guided by the motions of her dark, waist-length hair as it slides across her face and hovers in the night air, the uninhibited choreographic motion of her slender arms.

The song, Lim Giong’s “A Pure Person,” is to Hou Hsiao-Hsien what “Misirlou” is to Tarantino, or “The Ecstasy of Gold” is to Sergio Leone—a piece of music so intrinsically linked to a film and the director’s name itself that to mention one is to instantly recall the others.

“A Pure Person” is, quite simply, the perfect score—the only accompaniment imaginable—for that particular cinematic moment in time. It shows Vicky, gliding through the tunnel, for what she is during those brief, fleeting minutes—a woman free, a woman unbound, a woman—a person—enveloped in a rare moment of blissful, self-contained purity.

But perhaps that’s a healthy dose of millennial nostalgia talking—a longing for so-called simpler times and the familiar cultural landmarks of years already lived. The songwriter himself, in an email interview with Taiwan Beats, says the haunting, melancholic, yet joyful piece of music failed to make much of an impact when it first emerged, only taking on any form of significance long after the film faded from cinema screens.

“When this song was first released, there was not much attention,” Lim says, a sense of humility and acceptance of the fickle nature of artistic criticism bleeding through in his clipped, typed replies. “It started to gain some feedback decades after. I’m thankful that there are still people listening to it. It’s an old song now anyway.”

Taiwanese-American producer and music industry veteran Angela Lin was one of those instantly taken both with Millennium Mambo and Lim Giong’s opening score. The first time she watched that initial scene, she says via email from her home in Los Angeles, she was transfixed, moved by the images and sounds in a way like never before.

“I remember feeling stuck in time,” she writes. “It felt like a dream because it truly was the beginning of a dream for me. I felt very shaken because I had never been so deeply inspired by something.”

Lin was further enamored with how Lim Giong’s music in that opening scene, and throughout the soundtrack (dominated by Lim, but also featuring a handful of tracks by Western artists, such as Moby), seemed to embody the uncertain ways in which we perceive and are thus affected by the passage of time.

“The timeline is always scrambled so you never know what is the present, the future, or the past,” she says.
Time, fate, and free will do conspire in their ways to turn prophecy from offhand or otherwise informed prediction to something self-fulfilled or realized in combination of dovetailing circumstances. Lin would end up moving to Taiwan for a while, the homeland of her parents, where she immersed herself in the music scene, eventually becoming the stateside manager for Taiwanese indie darlings Sunset Rollercoaster. Before heading to Taiwan, she got some help in tracking down Lim’s contact info, setting up a meeting. To meet her musical hero was, in fact, the entire impetus for the trip.

“Originally I asked a friend in Taiwan to do some snooping and I ended up getting his Facebook. Through Facebook I asked for his email,” she explains. Her Mandarin at the time was somewhat basic, so she had to enlist some help in communicating with the composer. “In the beginning my Chinese was very bad, so my mom translated all my correspondences with him,” she goes on, later drafting her father into the correspondence team.

The purpose of getting in touch with the admittedly passive artist wasn’t merely to express some long-held feelings of artistic admiration or appreciation, but to pitch a project steeped in both: to bring “A Pure Person” back into the cultural forefront nearly two decades after it first appeared. Lin’s plan was to release an EP wherein various artists interpreted Lim’s seminal track, putting their own spin on the piece, to go along with a new song by the man who has mostly eked out a quiet living doing critically acclaimed soundtrack work for the past 15 years.

Lim, impressed by what he calls Lin’s “competence,” and the fact that she had traveled all the way to Taiwan after being inspired by his music to connect with her Taiwanese roots, and to meet with him, agreed. Lin would guide the project, first working in the studio with Lim in Taipei, then remotely from L.A., where she returned partway through the project, as the pandemic made travel between the states and Taiwan both untenable, and unsafe. As the process got underway, artists in Taiwan and parts elsewhere set about the task of reimagining Lim’s masterpiece.

The result is a diverse and imaginative journey through a single, impactful track, led by an eclectic group of musicians. Lim himself demurs when asked if there is a particular interpretation that had the greatest effect on him, saying only that “…each track is special. Each one represents the artist themselves.” Lin is more forthcoming.

“The one I am most partial to outside of Lim Giong’s track is Point Hsu’s track,” she says. “His track really captures this light, childlike, feeling that I felt when I first started the project. There are samples of children laughing and a clip from a Lim Giong speech about looking backwards into your life to improve it. It feels like such a gentle beam of sunshine in an otherwise darker, more inward album.”

This intercontinental collaboration also broached the opportunity for deeper conversations between a one-time fan turned contemporary and the artist whose work has had such a profound influence on her life. Throughout the course of providing guidance for the artists working on their disparate takes and with the original composer himself, Lin was able to coax much from the quintessentially reserved musician—a man who seems to prefer to let his work do the talking.

“My favorite part of this project was our long conversations about life, love, god, music, food, and Taiwan,” says Lin. “I learned a lot by watching how Lim Giong treats his art and the quiet way he lives his life.”

There is a danger in living too long in the past, but nevertheless it is a tool that artists and anyone, really, can use as a guide to find their own true north. Lim, in revisiting his musical past, encourages others to do the same in regard to their cultural, spiritual, and linguistic history. The man, who is well-versed in ancient texts on Buddhism, Taoism, and Confucianism, and who reads and recites the Heart Sutra, which famously states that “Form is emptiness, emptiness is form,” believes that we should all look to our past to inform that which we do in the present, and to remain connected to our roots, just as Lin has done.

“Sound is only signal on the surface,” Lim explains. “What counts is the recognition/identity from the heart, and it should be explored deeper. People should read ancient books and have them affect their lives and works to generate good results. For example, if you are indigenous people, you should interact with your ancient tribal chants in a deeper spiritual way (like what the singer Sangpuy does), and transform that into contemporary forms. Hakka artists should do the same.”

In future, Lin, for her part, plans to continue promoting Taiwanese artists and culture to the world. As for Lim, he’ll keep doing what he always does, what he’s always done.