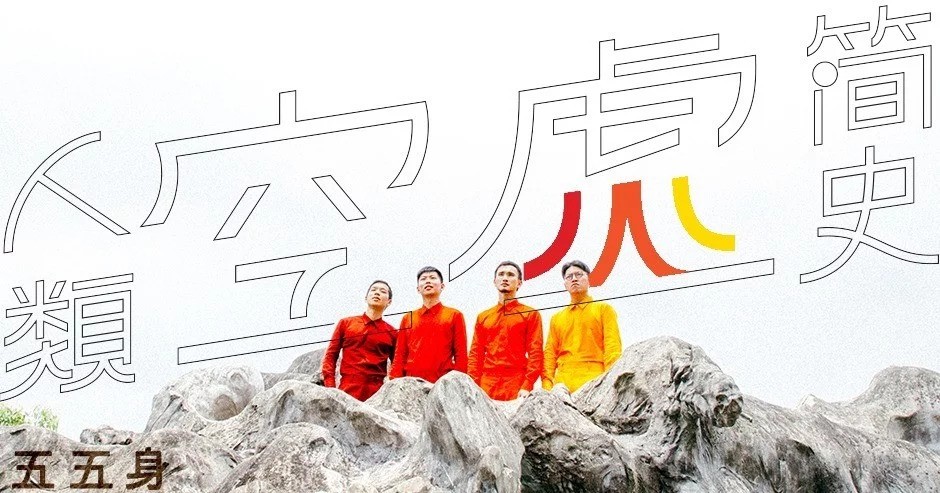 To publicize their concert and create a more intimate fan community, HEARTING Online, a social platform designed by members with engineering background from the alternative folk rock band Fiftybodyfifty, was officially deployed on the internet on September 15.

Fiftybodyfifty will release their second EP named A Brief History of Emptiness and hold a release concert at The Wall Live House on September 27. Before they released the last album, Yet Again, My Romantic Masculinity, the band invited fans to climb Jiali Mountain together for a blessing and friendship outing. This time they designed a social platform, maybe the first time an indie band has done this, for publicizing their work, and the software can be seen as the Tinder of the music industry.

Fiftybodyfifty and the visual design team integrate their painstaking effort into HEARTING Online. Just like other popular dating websites, while browsing other users' profile photos, one can click and send a heart mark to whoever they like. If the other user sends back a heart mark in response, they get a successful match. After watching the commercial video of the 27th concert, these two user can start their private one-to-one chat. Besides those basic functions, to prevent fans who are not good at chatting from speechless moments, they can click the "HEARTING Quotes" button, then the system will provide hot topics on the internet and articles in depth. Users can use these contents to have an interesting conversation. The most special feature is that there are fields in user profile to be filled with their participation in the Fiftybodyfifty activities since 2010 till present time, allowing the fans show off their Fiftybodyfifty experience.

Although there is no mobile app and users can only get access to HEARTING Online via browsers, it attracted more than thousand registered users in just two days. This bursting amount of users and the network traffic need had the band pay extra fees to optimize the system. The website has a special interlock with the LINE Notify push notification system, then users won't miss any message with this design. This unique activity not only arises a socializing trend in the indie band circle, but also attracts many non-music fans join in.

Since the founding year 2010 till now, Fiftybodyfifty have already released one EP and one album. With their iconic djembe collocated with electric and acoustic guitars arrangements to form their vigorous live performances, they have already performed more than 100 gigs, and been on the stages of Wake Up music festival and Beastie Rock many times. They collect lots of hardcore fans via these concerts. Besides the music products, they also launched interesting merchandises, such as paper tapes and member canvas bags. The most unique one is the "Extreme Romantic" T-shirt. This extremely welcomed T-shirt can be seen everywhere in every concert as the emblem of the band. Because the selling amount is so huge, many fans dubbed Fiftybodyfifty clothing salesmen.

The idea of establishing a dating website came from the lyrics of their song "Band Man": "The face-to-face exchange is actually a heart exchange." This step-out-of-line action cleverly echoes the main theme of the upcoming EP A Brief History of Emptiness: despite the ubiquitous emptiness in the modern world, exploring many possible ways of human communications, and reigniting the fire in the chest. The members stress that they will have nice chats with fans on the HEARTING Online website at the moment, but the most important thing is the 27th concert. They hope can meet fans at the venue and have a real face-to-face heart exchanging by using music.

The artwork of A Brief History of Emptiness. (Photo courtesy of Fiftybodyfifty)