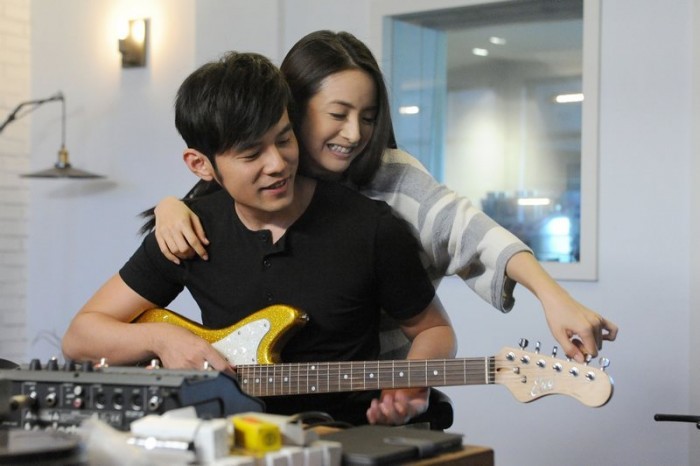 What is the most watched music video on YouTube?

That would be PSY’s extremely popular “Gangnam Style”, which sits at the top with 2.4 billion views. In second place with 1.2 billion views is Justin Bieber's “Baby”.

And what are the five most viewed Chinese music videos on YouTube since late 2014? Let's find out.

Jolin Tsai’s latest hit song ‪”Play” became a smash hit upon its release in November 2014. The NT$4 million music video satirizes sensitive current and social issues, including the heavily criticized paparazzi culture, society's obession with money, the Dapu incident in Miaoli, the Taitung Beautiful Bay incident, and the Erren River sewage incident in Kaohsiung. Through the music video and song lyrics, these issues were satirized and criticized.

The music video shows Tsai going through several outfit changes and wowing her fans with transitions from a pretentious beret-wearing intellectual and money-worshipping rich brat, to a leotard-clad fitness instructor and well-off, exhibitionistic celebrity.

After his Facebook gaffe, R-chord returned this June sporting an all-new attitude. This album could be considered an expression of his true feelings after going through a series of negative events. In the hit song “Love Doesn't Need To Pretend”, R-chord and Diana Wang join hands to present an explosive rock song espousing freedom from fear and oppression. The duo switched gender roles in the video, with R-chord putting on a wedding dress and Wang donning a suit to highlight both masculine and feminine traits. The line "If you can take the hurt and burden, a great lover you will make" is sung with both gusto and tenderness, a reflection of the new generation's completely different attitude towards love.

In the last few years, the theme songs for many Taiwanese movies have become some of the most popular songs on the net. An example is "Those Years", the theme song for 2011's "You Are the Apple of My Eye". With more than 65 million views on YouTube, it remains most watched Chinese music video on the website. Other songs like "Rhythm of the Rain", "Secret", and "Starry Sky", have all rode on the wave of box-office success and garnered many views on YouTube.

Released in August, the Taiwanese movie "Our Times" won the hearts of critics and drew in huge crowds. The movie's theme song "A Little Happiness" has done just as well, hitting the 10 million views milestone on YouTube in just 49 days and setting a record for Hebe Tien. Four other songs from Tien's three solo albums, namely "Angel Devil", "You Better Not Think About Me", "Leave Me Alone" and "Still in Happiness", have also achieved this milestone. In fact, the latter three have already surpassed the 20 million mark.

Penned by the accomplished lyricist Lin Xi, "If Only" from JJ Lin's 11th album Genesis narrates a poignant story about "the one that got away", perhaps an experience that most people have had. The song's 12-minute music video depicts JJ Lin unrequited love for Angelababy, borne out by his loyalty towards good friend Harry Chang. The three are stuck in a love triangle, trapping them in a cycle of missed opportunities. With 20 million views, it seems like this story has struck a chord in many viewers.

Taking first place with more than 30 million views is Jay Chou's "What Kind of Man" from his latest album "Aiyo, Not Bad" (released this January). Even more impressive is the fact that the music video broke 10 million views in just a month. This slow ballad marks the first time that Chou has sang baritone in a "Jay-style" love song. In it, Chou sings about the intense guilt that a man feels about failing in love and surrendering the love of his life to another man. Apart from Chou's excellent singing, the success of this song is also due in no small part to Ariel Lin's role as her ex-lover in the song's music video, which shows Lin tightly hugging Chou from behind and the two sharing a sweet kiss. With a great song and an excellent music video, it's no surprise that Chou is back on the throne.