It’s not uncommon to hear cover versions of English songs in Taiwan. But the challenge is much greater for foreigners covering Chinese songs given the complexity of spoken Chinese as a tonal language. With this in mind, here are five often covered songs that will surely surprise you.

◎David Tao ‘I Love You (Love is Simple)’

Remember songs like 'Blue Moon', 'I Love You' and 'Airport in 10:30' from David Tao's self-titled debut album? This album earned the then-fledgling singer the 'Best New Artist' and 'Best Album Producer' awards at the 9th Golden Melody Awards in 1998. That year also saw Tao earning the title of 'The Most Talented Asian Composer-Singer' from US Billboard.

Tao’s 'I Love You' is a ballad we're all familiar with, a concert closing number that everyone can sing along to. It's a classic with a chorus we all know and often a popular choice as a cover among local and foreign singers.

In an effort to appeal to his fans in Asia, British singer-songwriter Stewart Mac covered Tao's 'I Love You' in his 2010 album of the same name, bringing a rockier edge and different emotional tone to the song.

◎Eason Chan ‘Because of Love’

Eason Chan was described by Time magazine as an influential figure in Hong Kong's music industry and he is among the most well-known Cantonese pop singers. While Chan's songs are popular, one must not forget that his live performances are undisputedly brilliant as well.

Of his collaborative efforts, the best one is arguably 'Because of Love'. The song was the theme for the film 'Cherish Our Love Forever' (starring Li Yapeng李亞鵬 and Xu Jinglei徐靜蕾) and combined the ethereal quality of Faye Wong's voice with the sonorous nature of Chan's, setting the perfect tone for a soul-stirring love story.

'Because of Love' has also been covered. In fact, you can even find a French version of it. FLD5 is the band behind the French cover, which attracted over 10 million hits when it was released and could possibly be as good as the original.

Although this isn't exactly a 'proper' cover, it still took Hugh Jackman two months to master it.

'It took me two months to learn this song, it's that difficult! I will never forget it as long as I'm breathing!' In 2011, Hugh Jackman had to learn how to sing 'Give Me a Kiss' for his role in the film 'Snow Flower and the Secret Fan'（雪花秘扇）. During an interview with Conan O'Brien, he sang an endearing, but not exactly well-enunciated snippet of it.

◎Jay Chou 'What Kind of Man'

The next singer on the list is neither a star nor an idol. He's a Congolese with a passionate interest in eastern cultures. Focused in front of the mike, he belted out a refreshingly crisp cover of Jay Chou's 'What Kind of Man' (from his latest Dec 2014 album 'Aiyo, Not Bad'), a song narrating the anguish of a man who gave up the love of his life. Jay Chou himself even praised and shared this cover on his Facebook page.

Another cover was sung by Kiwi singer-songwriter Laurence Larson, who is prolific when it comes to covering Chinese songs. His covers usually contain a revised mix of Chinese and English lyrics which characterize his unique style. Listen and judge for yourself.

During the first episode of the second season of Chinese talent show 'I Am a Singer', Gloria Tang stunned everyone with her song 'Bubble', creating a lot of buzz on the net. It was one of the most popular songs of early 2014 and propelled Tang to fame despite her being the least experienced singer in the show at that point.

After graduating from college, Hazza began to sing Chinese songs as a way to practice his Chinese since he lacked a good environment for doing so. When the blond Aussie's cover of 'Bubble' was uploaded to YouTube in May 2014, it promptly got noticed. Aside from his great voice, what surprised many was his native-like Chinese. Your jaws will surely drop when you hear him.

Tang's 'Bubble' is not an easy song to cover, yet countless contestants have took up the challenge on various talent shows. At present, the original song's music video has garnered more than 14 million hits on YouTube. 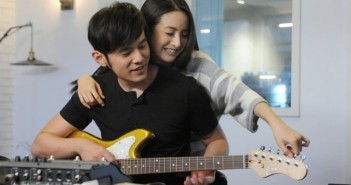 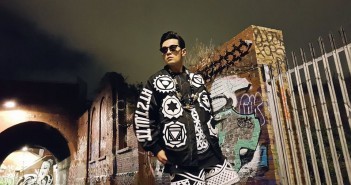 Be the Emperor of Music World. Jay Chou’s（周杰倫）Overlord Status in Music World Reaffirmed by “The Voice of China”（中國好聲音）(2)