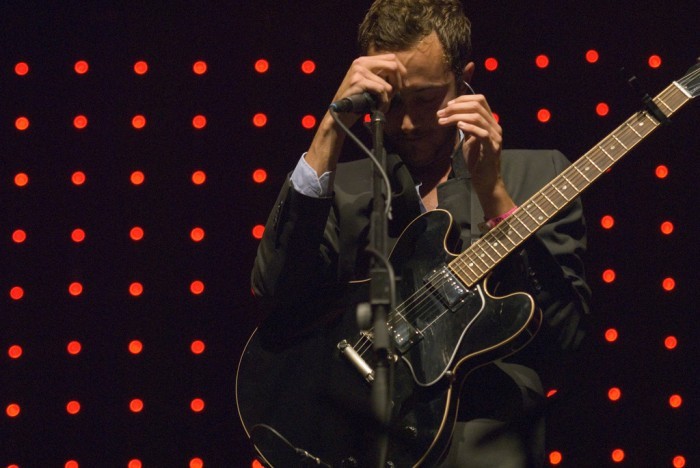 Mickey Huang（黃子佼）: Amateurs entering the music industry, can they be themselves? Many newcomers have appeared on the scene, many wanting to become singers. They are all on their way, but we can clearly see their direction and style, but most are trapped under someone’s shadow.

After Jay Chou became popular, many people wanted to be him. After Jolin and Jam Hsiao shot to fame, a lot of people wanted to become them too. Yoga Lin and Wu Tsing Fong’s mysterious air and unique vocal talent caused many to follow in their footsteps by adopting their singing style, wishing to be the next ‘them’. After South Korean groups and Mayday began their rise to stardom, Taiwan’s bands and groups also began to move towards those kinds of genres and packaging until by the end of it, it became hard to differentiate who was who, let alone creating the possibility of occupying an undefeated position in the industry.

Music definitely has replica products or some similar artists with similar breakthrough strategies and packaging concepts but it’s clear to see what they were trying to do, and many are unable to take over their ancestors. Especially with amateurs, after entering reality singing competitions they had not thought clearly about all this. Once they’re on stage, their vocals and appearance are compared to many people and although they sing well, like a professional, but this is a singing show, not an imitation show so how can one stand out? Meeting these kinds of amateur artists, I will directly tell them “you sang well, but please turn around and look at this from a consumers point of view. How many Jam Hsiaos do you think the music industry needs? Can you passionately fall in love with a second Wu Qing Feng?

From the opposing point of view, you will see a very different performance. The authorities are in awe! Learning from singers because you like them, and even bringing them onto the stage in your performance is the reason why reality singing shows have increased in number. But without even making a dent, even from the record company’s side, you’ll lose without even a stain of your presence! With new shows, even if you get the audience on your side you may still be unable to do anything to change your image because many record companies see the harvest and follow the trend. The work put in may be less, but one is still no more than a mere copycat.

Because of this, I especially miss the old days where record companies’ A & R departments used creative strategies to direct the opening of the new era; with the ugly but very gentle Hsiao Chuan who was promoted as a hard rocker, with exciting tone! After Malaysians Victor and Michael Wong came to Taiwan, they were packaged as a band called Muji (a play on their Chinese names), playing also on the name of the Japanese brand that was coupled with a Japanese-style clarity and pureness. Even Dave Wang who spoke little, with his rough voice became the music industry’s drifter; with mysterious album covers that didn’t show his face.

Many things seem simple at first, but actually the road to success is never at the surface.

(This article is from UDN, taken with Mickey Huang’s permission)

Be the Emperor of Music World. Jay Chou’s（周杰倫）Overlord Status in Music World Reaffirmed by “The Voice of China”（中國好聲音）(2)
See More

Be the Emperor of Music World. Jay Chou’s（周杰倫）Overlord Status in Music World Reaffirmed by “The Voice of China”（中國好聲音）(1)
See More