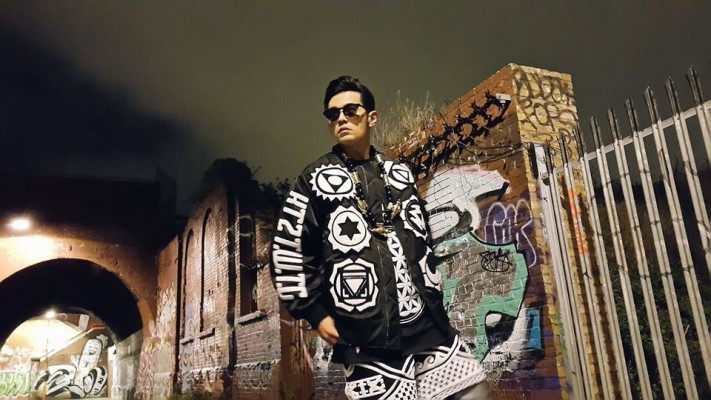 Be the Emperor of Music World. Jay Chou’s（周杰倫）Overlord Status in Music World Reaffirmed by “The Voice of China”（中國好聲音）(2)

Being a savior in the music world won’t satisfy Jay Chou so he starts to explore his possibilities in other fields.  He has tried opening shops, starting companies, shooting music videos, designing and combining with brands to sell laptops, earphones, phone cases, T-Shirts and other co-branded products.  His major investment are opening KTV chain stores “Fantasy（真愛范特西）” and a 3D website.  As his career expands, his name “Jay Chou” has been turned into a brand and regarded as a cash cow.  Besides his talent for music composing, Jay Chou has another gift ─ movie shooting.  To be honest, his acting skills are still not mature enough.  The two movies he directed and produced by himself ─ “Secret（不能說的秘密）” and “The Rooftop（天台）”, though received totally different comments, still show his talent in image creation.

In his debut movie “Secret”, there is a scene about “piano battle（鬥琴）”, in which Jay Chou uses the shots coming in and out between two pianos to show the tension of the battle.  In the latter half of the movie, Jay Chou also brings the movie to climax by showing himself focusing on the piano playing while the building is being destroyed gradually.  These scenes win his debut movie really high praise.  Jay Chou has been dubbed “The Savior of Taiwanese Movies（國片救星）” and “The Genius of Directing World（導演界的天才）”.  He is also well-known in Korea, where many stars who have been to Taiwan want to work with him because of the movie “Secret”.

However, his second movie “The Rooftop”, though combines his talent in music and his love for retro trend and still shows his skills in stage building and filming, doesn’t turn out to be as popular as he thought since the other elements in the movie are upstaged by music and group dancing and also, the plot and cast are not rigorous enough.

Though Jay Chou doesn’t become the emperor in fields other than music, he still has his own philosophy.  He says “Music, with movies at the most, are my main careers; the rest are all subordinations.  So I have to succeed in music and movies.  If I can’t even accomplish these two things, then that will be real frustration for me.”  He doesn’t really care about the praise or judgement too much when he’s trying different things like the TV series “Pandamen（熊貓人）” or “Mr.J Channel（Mr.J頻道）”, which marks his attempt at hosting.

Fortune has not always smiled upon his efforts.  2013 was the year that Jay Chou had really bad time in his career.  At that time, “The Rooftop” didn’t turn out to be as successful as he thought.  Though being nominated for the four major awards in Golden Melody Awards（金曲獎）, he didn’t win any of them.  And the worst of all, there were signs showing he has had health problems.

While he was doing “The Era（跨時代）” tour concert in Malaysia, he got ankylosing spondylitis（僵直性脊椎炎）.  He couldn’t even bend down because of the pain and had to ask his mom to put on the socks for him.  His weight also plunged because of gastroenteritis（腸胃炎）.  Even the thought of holding the concert in Taiwan after having held eighteen concerts abroad also made him so nervous that he was at the edge of getting severe depression.  These symptoms really frightened him.  He says “I don’t worry about my work when I’m not feeling well.  What I’m truly worry about is that I won’t be able to hold my own child in the future.”  So after the concert, he decided to adjust his career pace and also started to think about getting married and having children. From 2000 till now, Jay Chou rose from being a nobody to become the emperor of music world.  Besides his talent for music and unstrained creativeness, his eagerness to win is also the key to his success.  He says “I care about my reputation a lot so no matter what I do, I can’t lose.”  For the past fifteen years, he has been a workaholic no matter he’s on stage or not.

Being a dominating guy, he takes care of everything himself and is very nitpicking and insistent on the things and work he cares about.  He dominates himself and also the people around him.  In the past, he even slept in the recording studio so once he came up with some melody, he could made the music right away; it’s also not surprising to see him having a meeting with a group of people while he is putting on makeup for magazine shooting.  To avoid the paparazzi, his girlfriends could only meet him at midnight; to spend more time with his mom, he brought her along his side no matter where he went so she could also travel around with him.  His filial piety is so well-known that someone in the music world once said that in the past, we let our children learn to play the piano so he or she may become a musician, but now, we hope our children can become another Jay Chou.

Be the Emperor of Music World. Jay Chou’s（周杰倫）Overlord Status in Music World Reaffirmed by “The Voice of China”（中國好聲音）(1)
See More

Mickey Huang（黃子佼）: Amateurs entering the music industry, can they be themselves?
See More