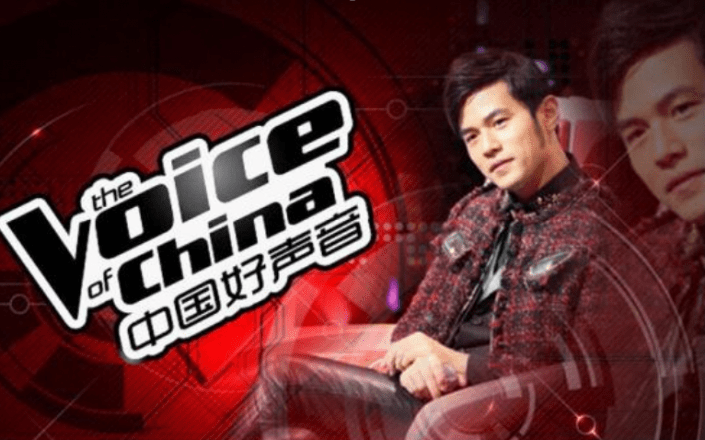 Talent show was a big hit in China for two consecutive years, but then was replaced by reality show.  “The Voice of China”, with the audience ratings losing gradually, was once an underdog as well; however, Jay Chou’s participation has made the fourth season of the show popular again.  Jay Chou’s status as being “The Emperor of Music World（樂壇天王）” is thus formally upgraded to “The New Grandmaster（新一代宗師）”.

With a contract that is worth millions of RMB, the Chinese talent show “The Voice of China” has asked Jay Chou to be the coach for the contestants.  Besides being a coach, Jay Chou also personally directed the corporate video of this season.  In the humorous corporate video that combines quite a few elements from movies together（That’s right.  He did film the video as it was a movie.）, we see scenes like Jay Chou confronting Wang Feng（汪峰）, Harlem Yu（哈林）flying over walls and Na Ying（那英）firing a machine gun ─ these are all Jay Chou’s ideas, and the most important thing is that the other coaches were also willing to follow the arrangement of “Director Chou” and turned his ideas into real performance.  Needless to say that after the show was on, Jay Chou then became the best card of the show, bringing “The Voice of China” its highest audience ratings within the past three years.  It’s fair to say that Jay Chou has become the leader of the show. “The Voice of China 4” has almost became Jay Chou’s personal stage.  While watching the talent show, the thing that amuses the audience the most is not the contestants’ beautiful voice, but Jay Chou’s expression and the precise comments he gives after hearing his own songs being reinterpreted by the contestants.  He doesn’t need any exaggerated body language, nor does he need to compete with other senior coaches dramatically; the audience is already crazy about him as long as he sits on the coach chair and talks.  And certainly, his status as being“The Emperor of Music World（樂壇天王）”is upgraded as well.

Someone once used the phrase “Chou Tide（周潮）” to describe the new generation of pop music culture led by Jay Chou since before him, there wasn’t any music style that combines Chinese music with Western music in Chinese music scene.  That’s why his presence has amazed the market and even brought some turbulence to it.  Some even regarded his songs like “Ninja（忍者）” and “Double Blade（雙截棍）” that can only be interpreted perfectly by his vague singing as masterpieces.  His love songs, being supplemented by the profound lyrics written by his friend Vincent Fang（方文山）, who is also being called “Chinese Version of Shakespeare（華人莎士比亞）” were also incomparable.  What’s more, as he tried some new styles of music in his later career, adding visual images to songs like “Cowboy on the Run（牛仔很忙）”, “Sailor Afraid of Water（水手怕水）” and “Eunuch with a Headache（公公偏頭痛）”, which made these songs rich in childishness, he has broaden the age groups of his fans and increased the numbers of his “followers”.  JR Yang（楊峻榮）has made some comments on the “Chou Tide” generation that Jay Chou has created within the past fifteen years.  He said “No one can surpass the accomplishment Jay Chou has reached and his influence upon the Chinese world is beyond compare.  Only Jay Chou can evolve himself.

He has once written in the lyrics of “Moulin Rouge（紅模仿）” “I want to be the emperor in music world!”, showing his confidence in music composing.  However, his success and place in music world won’t satisfy his competitive personality anymore.  He says “I’ve already reached the top level in music!  Even if I don’t win any award, I won’t feel that I’ve lost.”  He’s the savior for recording market whenever he releases his albums and his music style is still the template for many new comers.  Being the legendary in pop music world, his accomplishment is a record that has never been approached and will never be approached again.

Be the Emperor of Music World. Jay Chou’s（周杰倫）Overlord Status in Music World Reaffirmed by “The Voice of China”（中國好聲音）(2)
See More

Mickey Huang（黃子佼）: Amateurs entering the music industry, can they be themselves?
See More