This is the 10th year for Cicada, an indie band from Taiwan in a classical chamber music construct and temperament. The progression of their songs is linear with no vocal or lyrics and has no definite separation between verses or choruses. They have been described as post-rock, neo-classical or post-classical. At first glance, you may think their songs are soundtracks from motion pictures with strong vibrance.

"These (above mentioned) styles are quite similar. I think we use more classical orchestration to express emotions. Layered emotions are usually more narrative, I believe," says pianist Jesy, "I didn't want to be classified in a certain style of music when I started this band, and certainly still don't. Instead, I often think about the themes and topics to do next. I visit various places to compose music for this island (Taiwan). If it is related to nature, you must go in person. If you don't, you may feel that you have no stance to write the music for there's not enough sincerity."

Since 2013, Cicada has set its sights on this land. The theme is around the ocean. After viewing both east and west coasts, they recently released Hiking in the Mist, which was inspired by the mountains as the four band members hiked through Taiwan's famous mountains like Jiaming Lake, Qilai South Peak and Hehuan North Peak over the past year. 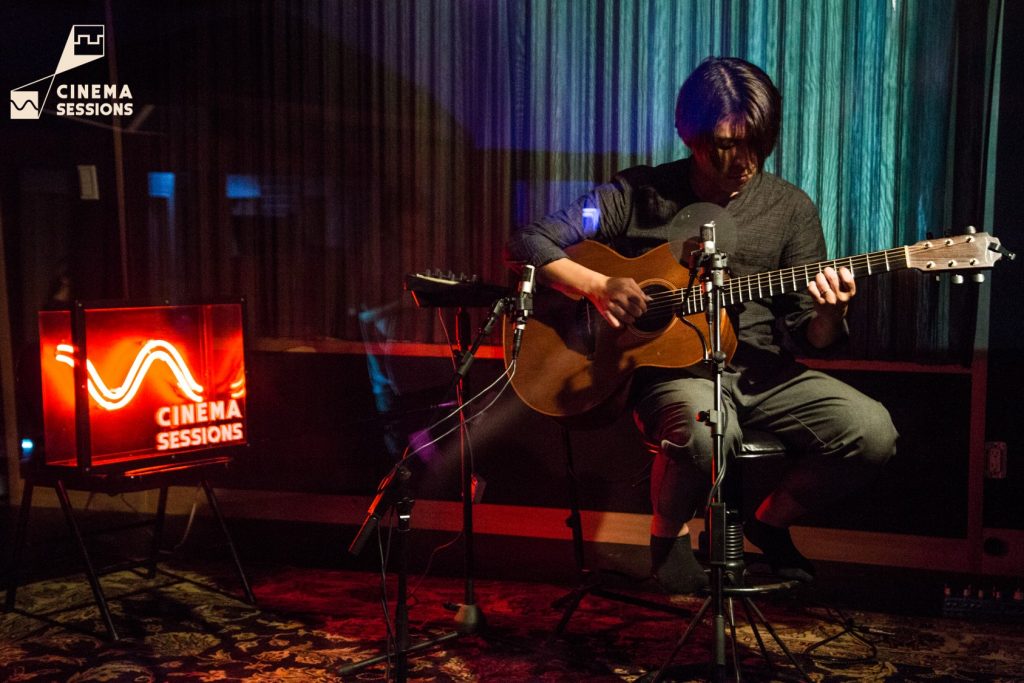 This time at CINEMA SESSIONS, they brought two new songs from the new album Hiking in the Mist: "Twilight Clouds," depicts the scenery of Beidawu Mountain at twilight at the cliff of Xidoli. As the golden sunlight falls on the sea of clouds, the strings are like the rays shining through the clouds in an attempt to capture that magical moment with music; "Overlook Where We Came From" is about looking at the city from the mountains. It describes the emotional changes of watching the place where we live from a brand new aspect.

There is no doubt that combining classical and pop is another one of Cicada's characteristics. Pianist Jesy and guitarist Wei-Lun have been in bands before, while violinist Kang-Kai and celloist Ting-Chen are from classical music trainings in college. Therefore, they often have conceptual collisions when writing songs. 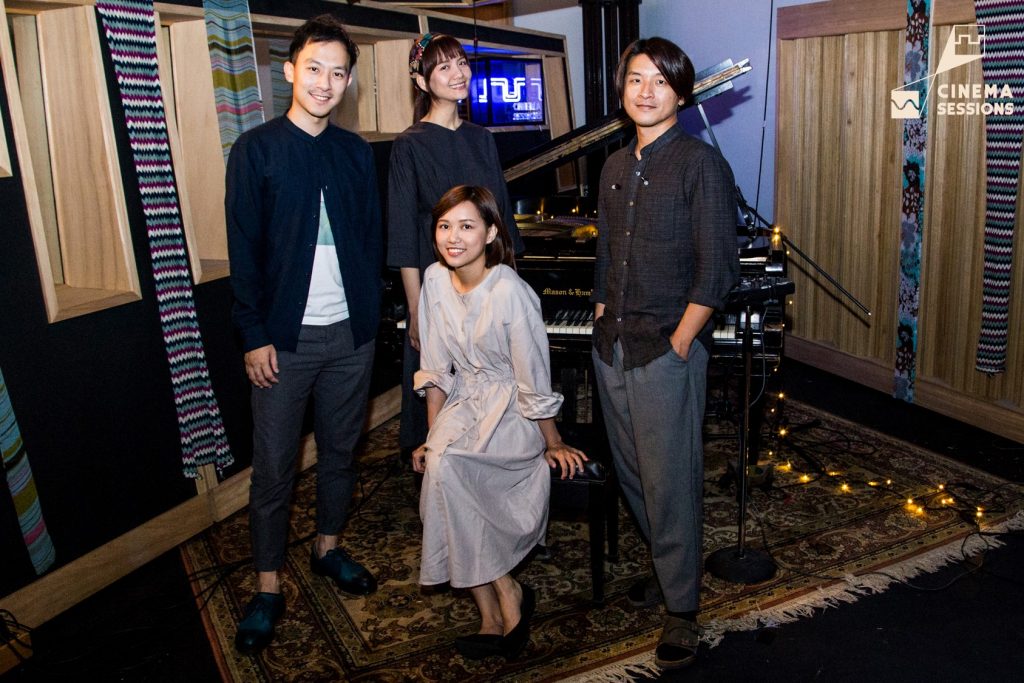 "How do we express a piece of music? We use different ways. Jesy may say, 'Let's have a bit more little affection here.' But what do you mean to have a little more affection? to play crescendo in some parts?" Kang-Kai said that he used to listen to classical music only, and now everyone introduces different music to each other, which made their tastes more and more similar. "I would introduce wonderful works done by Rachmaninoff to Jesy, and she would introduce me to Hans Zimmer or Ólafur Arnalds."

Last June (2019), Cicada was invited to tour six cities in Russia. Audience in this country of many classical masters responded to their performances enthusiastically. They also got to enjoy the annual International Tchaikovsky Competition on the trip. It was a very valuable experience for everyone. 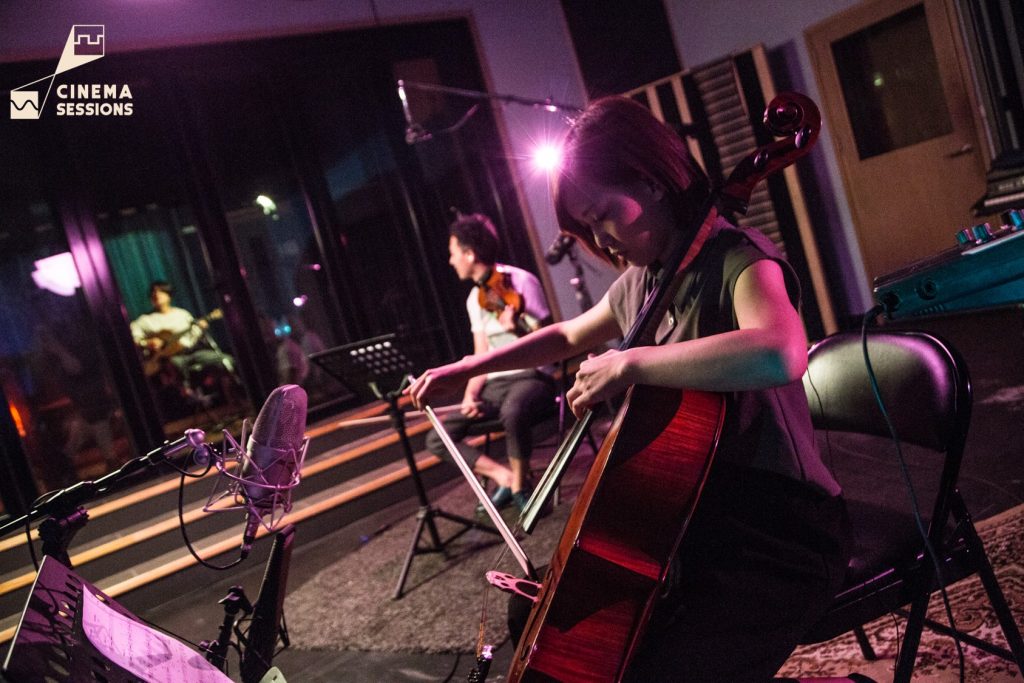 "You find that concert-going is just a natural part of life there," Wei-Lun said, "We've listened for nearly 6 hours that day. Being a competition, you'd listen to three or four groups playing the same song. You will be able to gradually tell the differences and personalities between each of them. Throughout the day, it seems like I'm listening to pop performances. The style wasn't as difficult to get close to as before."

Their new album was recorded at the Yuchen studio, where by coincidence, the guitarist Wei-Lun lives nearby. He had even watched movies here before it got converted into a recording studio. As a fan of Ryuichi Sakamoto, he thinks that the way Cicada writes music is quite interesting. It tries to create with instruments a visual to match an established motif or scene; it's very different to how his previous bands operated. "Like, adding an acoustic guitar to the original composition is actually very special," said Wei-Lun.

Cicada used notes to describe the nature they had experienced. This time at Yuchen studio, they hoped this live session performance of "Twilight Clouds" and "Overlook Where We Came From" can reproduce the scene in the mountains and forests from their memories.