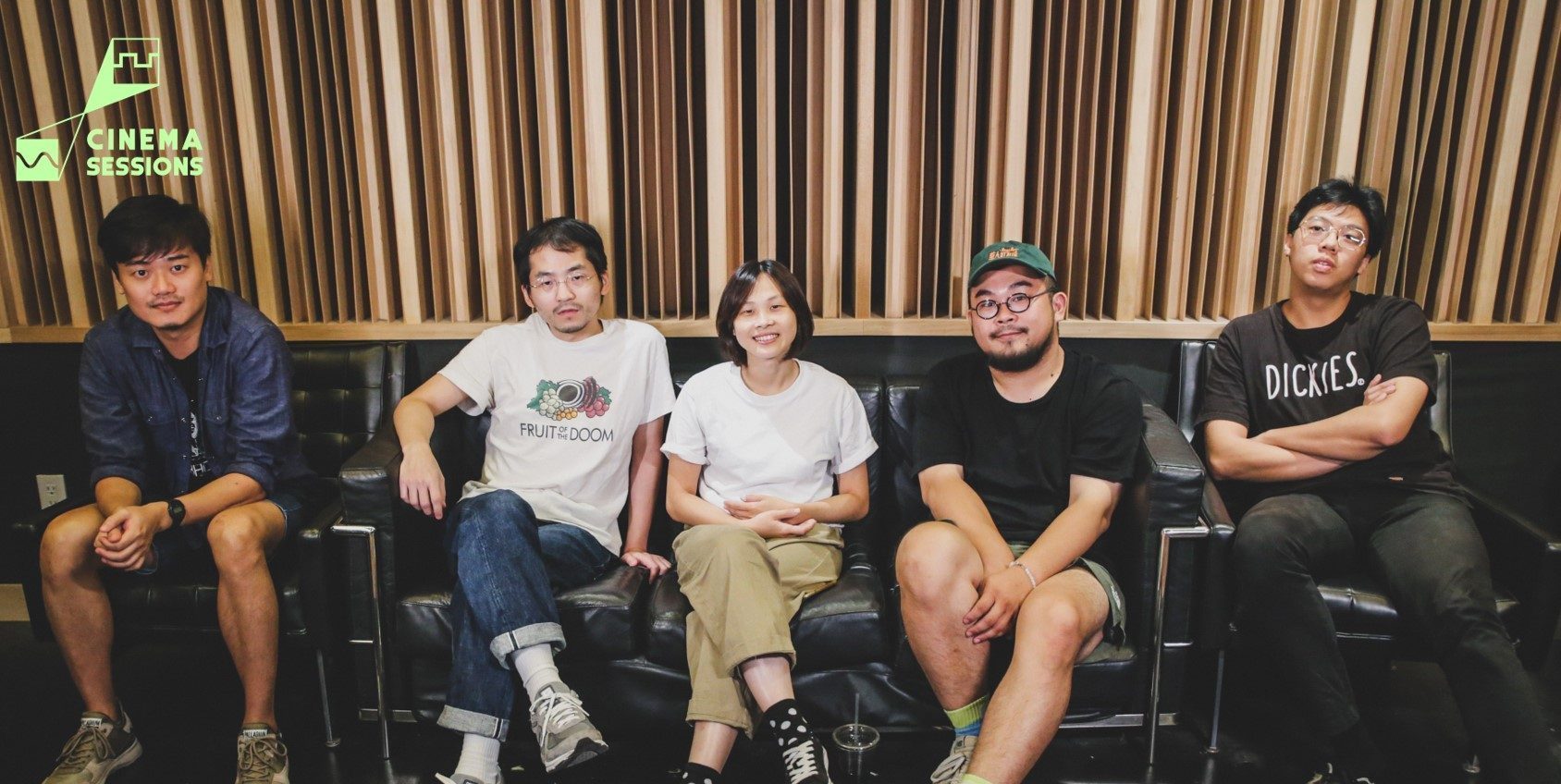 "We just wrote down some words easy-to-read and good-looking words to mix-and-match; then later came up with 'heat' and 'sketch' to put together," said lead singer and guitarist Tseng Lee, "This is the first time for me to go from being a drummer to lead singer and songwriter for a band."

Heat Sketch may be unfamiliar to many. It's a band composed of a guitar-based, male and female duo playing folk and alternative rock. For indie fans who love the '90s style may find some familiar resonances from their music. After all, their members all have prior experience in other bands.

Mimi, the other lead singer and guitarist, used to listen to mostly Japanese music in college. Now she listens to indie rock and folk songs more often. She is responsible for most their compositions. After she and Tseng Lee have accumulated several songs, they found drummer Lai Lai and bassist Rialto to join them. Heat Sketch debuted in February 2018, and began to perform at various music festivals and live houses, and have gradually grown their following. Recently, they have recruited a highly skilled guitarist Xiao Zhou. The addition made them sound more rock, richer, and fuller in their music. When asked why he joined, Zhou replied "[I] liked their music and had been asked if I can join the band, but back then my hands were full. Because the band I was in is quite linear and a bit noisy, I am still adapting to this band's style. I believe I can apply myself and learn something new here."

Although the members are all experienced musicians, this is their first time to record in a live session as Heat Sketch. It is a test of their tacit understanding and live performing skills. Bassist Rialto said that this is his first time at Yuchen Studio. He thinks the space here is very special. He has never been to a studio as large space with as many equipments. The drummer, who loves to listen to African American music, feels that the ambience is very nice. "Because of the high ceiling, the sound of the drums here can be very 'fat' with details very clear and solid, which temps me to hit harder," Lai Lai said.

They brought in a trumpeter for the song "Tayou" specifically for this session. This song is the first Heat Sketch song, showing a completely different feel from the original demo. The song is about the reflections while riding on Tayou Road along the banks of Keelung River. On the surface, the songs seems to describe a very quiet place, by the river on a rain day; but hidden are thorns that pack a real bite. Another song "Love and Capsules" is a little faster-paced with a taste of punk. It often come as the last song in their live performances. "This song is called 'Love and Capsule' but it has nothing to do with love, not literally," Tseng Lee said, "I usually don't explain what songs are about to people; I hope everyone has his or her own interpretation."

Someone left this message under the CINEMA SESSIONS version of "Love and Capsules": "A beer and this song are all I need after work." This is perhaps the best description of Heat Sketch's style. It also reflects what Tseng Lee says all the time that "everyone shoud have his/her own interpretation and direct feeling of our songs."

Heat Sketch is currently recording an album, and expects to launch it at the end of this year. The album's producer secretly tipped us off and told us that the album would be "a collection of works of various styles from the 90s." "I listened to their demo before coming onboard and felt that they had quite a big range in style," Xiao Zhou said. The producer goes on to tell us that one of his friends, having listened to the music said, "this is not a Heat Sketch, it's like a Heat Scan!" We may not be able to truly imagine and understand what that means, but it sure sounds like an album to look forward to.