Sorry Youth began writing music in 2005. Lead vocalist Giang Giang likes to write songs that fit his soft and soothing voice, while he would also often arrange for choruses with passionate screaming. As for the band's guitar work, Weni said that much of their inspiration came from blues and traditional Taiwanese folk music, which led to the "Tai" sound the band has come to be known for.

The imagery the band has sought to invoke through their music is that of an island and road movies. Also making a common appearance with the band is the milkfish, a staple of both southern Taiwanese diets and scenery, as milkfish farms often dot the costal landscape. As the three members of the band were all raised outside of Taipei, their music provides a rare and authentic non-urban perspective of Taiwan, something that is hard to come by in the Taiwanese indie scene. This perspective not only manifests in the band's music, but also materializes itself through the band promotional material and merchandise.

Sorry Youth is perhaps a band best seen live, as their recordings and releases would not do the band's enigmatic live performances justice. Contrary to most of their local indie contemporaries, the band shies away from tweaking and swirling their bodies while performing. Mostly owed to how their music takes after that of moody instrumental rock, the band's stage presence is much less about dancing in cohesion with one another, and more about creating an atmosphere for everyone to participate. Weni can often be seen constantly shifting positions while performing; moving in and out of solos with the other band members, or running close to the stage and decking out powerful combos of power chords.

Another staple of Sorry Youth's live performances is the appearance of "milkfish man". Usually taking to the stage towards the climax of their sets, milkfish man is the band's mascot: comprised of a milkfish headpiece and a half naked performer, he takes to the stage while spraying the audience with a home-made bubble gun. The headpiece and stage antics of milkfish man fit perfectly with the band's somewhat quirky and lo-fi aesthetics, which has helped Sorry Youth cement their status as one of Taiwan's most entertaining live acts, often appearing on the main stage of Taiwan's largest music festivals. Though most of their lyrics are written in Hokkien, the band has gradually begun to attract followers from other parts of Asia, as evident by the fact that the band is able to have audience members sing along to their music while touring outside of Taiwan.

2012 saw the band release their first album Sea Food, in which the band composed a sound with instrumental rock as the foundation while blending elements of noise-pop, punk and shoegaze. Influenced by bands such as Explosions in the Sky, Mogwai, and Envy, the album had an instrumental track "Hippocampus", while "Provincial Highway 17" was a track that sought to invoke a sense of a road movie. The other tracks on the mainly focused on the struggles young people face while entering the job market.

It took the band another five years to record and release their sophomore album Brothers Shouldn't Live Without Dreams. Influenced by the likes of David Gilmore, their second album took on an undertone of progressive rock, with longer tracks and greater shifts in tone between each tracks own composition, one could say the album itself was an antonym to music consumption habits in the streaming age. The gamble the band took with the album's method of composition paid off quite well, with both fans and critics praising the new form Sorry Youth had taken. Seeking to include more Taiwanese cultural influences in the album, "Child of God", a track inspired by the anime movie The Boy and The Beast, made use of the beiguan, a well-recognized traditional instrument. The album went on to win Best Rock Album at the 9th Golden Indie Music Awards.

The band is never shy about professing their love for Taiwanese food culture, often commenting in interviews on how stir-fried street food, mutton hot pot, and Taiwan Beer has helped create both Sorry Youth's music and image. Snippets of nostalgia for 90's culture can also be found, with the smash hit Japanese mange Slam Dunk often brought up by the band; while they have also been known to host shows in bowling alleys, which is a location often associated with popular culture in the early 90s. Though the band set out to write and play instrumental rock, they have gradually shifted to creating moody Hokkien rock tracks; tracks that the band hope will one day be appealing to the Hokkien speaking elders that they grew up with. The trio have been playing music together since college, and have never had to replace any members. Even though Giang Giang is considered the band's lead vocalist, they still take turns at singing; as all three members have a hand in writing songs, a decision was made so that whoever writes the song acts as main vocalist for the track. A sibling like connection between band members is not something that many bands are fortunate to have, and even if one day Sorry Youth is no longer youthful, the band of brothers will persist. 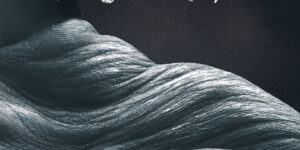