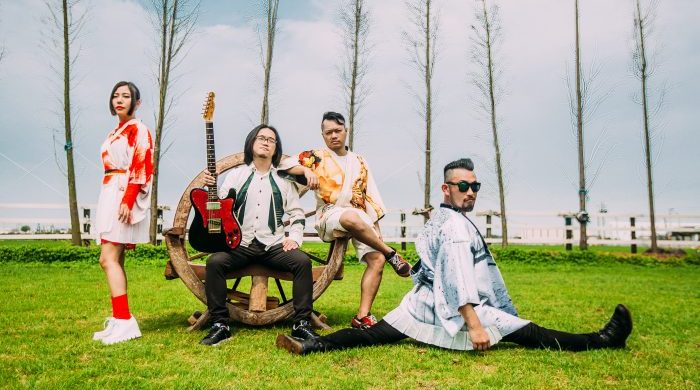 The band 88Balaz stepped into its 20th years with the current members Balaz Lee (lead vocals, guitar), Kuan Ling (bass), DongYu Lee (drums), and Bluez Lee (guitar). In 2001, they won Ho-Hai-Yan Rock Festival’s first prize. Besides, they have also won the Best Live Performance of Golden Indie Music Awards (GIMA) twice. The band is a beast living in live, and its habitats are wide-ranging, from typical live houses, music festivals, wedding ceremonies, year-end banquets to commercial performances. The base of their music is blues-rock with abundant distorted guitar riffs. While such kind of music goes with Balaz Lee’s husky voice and the charismatic, insane live atmosphere, the sound would boom in your ears and everything including yourself is all happily drunk up at once along with the alcohol.

They released the new album Punk Floyd as a tribute to Pink Floyd. In this album, the music style, tone and visual design all went back to the 90s in which the band made their debut. In addition, they invited the guitarist Zane Yang of Monkey Pilot, the winner of Best Band of Golden Melody Awards (GMA) to be their producer and invited Crystal Shien, the synthesizer player of Goosander to sing a duet. Punk Floyd was a concept album telling a story about a punk young man named Floyd. He drank every day and complained about the world in a cynical attitude. One day, he suddenly got a super power, but found out that he was still powerless in front of the terrible world. Finally, he decided to explode the planet. The story is a little hard to understand, but is full of the truth of life, since nonsense is the truth of it. "Punk Floyd" is 88Balaz' most established album. It was named the "Best Rock Album" at GIMA.

88Balaz’s works are always intriguing. They write cynical paradox with positive attitude, attracting lots of lonely hearts. The bare emotion enclosed in their music is so intimate that you prefer to taste it alone rather than share it with someone else.