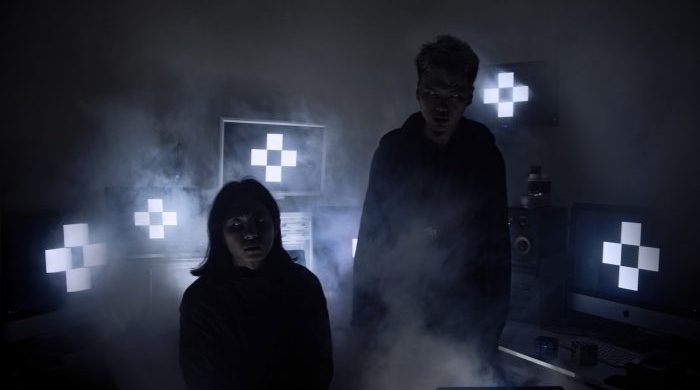 P.C.B. (Physical Chemical Brother) is a male duo consisting of DJ Chao Yu Lin and VJ Shin. The band’s name is inspired by the legendary British electronic music duo The Chemical Brothers. P.C.B. is good at sampling 8 bit sounds and taking graphic and musical elements from early Nintendo games as their material, and then let the listeners immerse in the innocent and beautiful childhood through presenting audio-visual enjoyment.

They released the first 8-bit dance music album of Taiwan named P.C.B. in 2014, and it was nominated for Best Electronic Album of Golden Indie Music Awards in the following year. The styles of their music stretch across from 8-bit house to 8-bit drum & bass, etc. P.C.B. brings the listeners back to the wonderful era of Gameboy, NES, and other classic video game consoles through their retro and colorful music. The single Oslo In Kepler-452B released in 2016 not only kept the retro feelings in their music but for the first time contained vocals in it. The band tried to lead the listeners into an outer space with pink bubbles everywhere. It’s romantic at its best. Unlike most of the bands only taking music as the core of their works, P.C.B. combines VJ and DJ together, and it also becomes one of their distinctive features. The band not only uses LED to present the concept of 8-bit but also applies programs and sensors to change the visuals. In addition, they even create 3D animations and dress up themselves as the aliens appearing on their debut album’s cover. In their live performance, a whole vast universe surrounds all the audience.