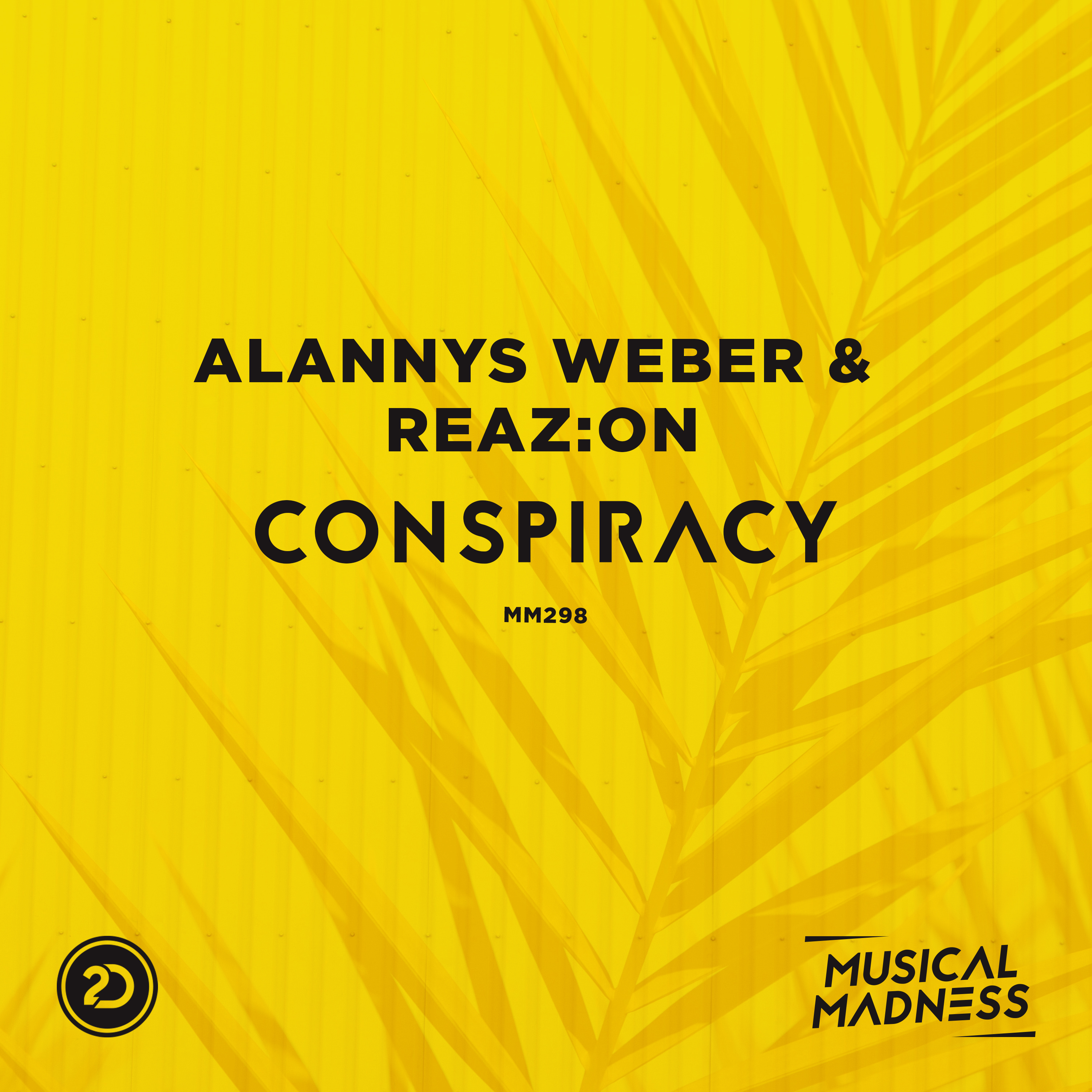 Heavily inspired by Amsterdam's rich electronic music scene, Taipei-based DJ/producer Reaz:on teamed up with Alannys Weber for their first single released on Dutch labels Musical Madness and 2Dutch. Entitled "Conspiracy," the song is a testament to the power of collaboration. As multi-talented DJs and producers, the pair first met at the Amsterdam Dance Event (ADE) in October of 2018, and their friendship blossomed into a musical partnership on the latest single. "Conspiracy" was recorded at the HQ studios in Almere (The Netherlands), and the EDM-fueled track promises to make dancefloors shake with a combination of head nodding grooves, snappy breakdowns, bouncy basslines, and a hypnotic vocal sample leading up to the thunderous bass drop. Reaz:on has established himself as a force to be reckoned with while helping to put Taiwan on the map for EDM fans. His impressive resume includes performing alongside some of the biggest names in the international festival circuit, from opening sets for top-tier talents like Tiësto, Armin van Buuren, and David Guetta to playing a major role in the organization of Taiwan's biggest EDM festival Looptopia. On the main stage at Looptopia 2017, Reaz:on was on the lineup with Martin Garrix and KSHMR, and his track "Finding Paradise" was featured on the Looptopia official compilation. He is quoted as saying: "To play at festivals is one thing, but to be able to personally help put together a music festival and watch it grow to become the country's largest homegrown festival is quite another."

With an upcoming Asia tour in 2019, as well as playing resident DJ nights on his home island of Taiwan; Reaz:on's career has continued to gain momentum. He was the very first DJ from Taiwan to spin a set on the main stage at Germany's Mayday Music Festival back in 2006, and he represented as the first Taiwanese artist to land an interview with DJMag. This recognition was well-earned. Gaining a loyal following and making connections in the industry by DJing at major clubs and events in Taipei and joining theLOOP as a regular resident DJ for their events around Taiwan led to bigger stages and even more exposure. Working with Indonesian-born/Amsterdam-based Alannys Weber to put out their first joint single, "Conspiracy" is proof that Reaz:on is still on the rise internationally and locally as an integral part of the flourishing EDM scene in Taiwan. When Reaz:on started producing his own beats in 2015, he found that collaboration was easy using Ableton. "With the booming of electronic dance music globally we became aware of the endless potential of collaborations between artists from other parts of the world where you can really polish your skills in production, so that even though you still make beats from your bedroom, you have a planet-full of arsenal at your disposal. You never have to fight alone again." He cites a range of musical influences that spans the gamut from classics like "Hi-Tech Jazz" by Galaxy 2 Galaxy, brostep godfather Skrillex, K-Pop, Armin Van Buuren, and the first original single he released, "Forgotten Times" incorporated a sample from a classic ballad by Taiwanese diva Tsai Chin.

An ever-expanding worldwide fan base means that Reaz:on & Alannys Weber's music will be heard far and wide on festival dancefloors and getting rinsed through club speakers at a venue near you. In the meantime, crank up the volume on the latest Musical Madness/2-Dutch tune, and "Conspiracy" will show you why Reaz:on is making music with a purpose and planning his next move with the help of others in the world of EDM. According to Reaz:on, "Making music is supposed to be a fun ride all along and is best enjoyed when jamming with your friends. It doesn't necessarily have to be in a studio though, it can be in a bedroom, in a garage, or even in a car. You will always be blown away by how collective minds work wonders when creativities are fired back and forth." That's truly the motive behind this "Conspiracy."