The none-for-profit organization, Red Hot Organization, announced that it would join the effort with Taiwanese activist group, Marriage Equality Coalition Taiwan to release its first Taiwanese pop EP to celebrate the first anniversary of the landmark legalization of the same-sex marriage bill in Taiwan. The EP will be released on digital streaming services on May 24th, 2020. All the proceeds of the EP will be donated to activist groups in Taiwan and other Asian countries to further Red Hot's mission in supporting LGBTQ+ communities, and HIV/AIDS-related causes with music and arts.

Founded in 1990 in New York by John Carlin and Leigh Blake, Red Hot Organization has dedicated to fighting HIV/ AIDS through music and art for 30 years with the Cole Porter tribute album Red Hot + Blue. The project featured artists including David Byrne, U2, Neneh Cherry, Jungle Brothers and more, and raised millions of dollars for the cause. The money Red Hot + Blue raised not only helped reduce the stigma around HIV/AIDS at the time and supported organizations and efforts such as ACT UP and TAG.

After since the release of Red Hot + Blue, the organization continues curates compilation albums featuring Hip-Hop, Latin, Country, Alternative Rock, and more to not only pay tribute to great musicians in the past, also maintain the efforts to advocate for HIV/AIDS-related cause and supports to LGBTQ+ community. In the past 30 years, Red Hot has collaborated with more than 500 artists, producers, designers, and directors such as George Michael, Smashing Pumpkins, Beastie Boys, Patti Smith, Nirvana, Chance the Rapper, Bon Iver, Arcade Fire, and The National. The organization also donated at least 80% of the income raised through music and merchandise sales to organizations traditionally hard to receive funds from corporates. Until today, Red Hot has donated more than 12 million dollars to more than 100 charities.

To further Red Hot's charity mission globally, Red Hot Organization is going to partner with Marriage Equality Coalition Taiwan to release the organization's first Asian centric compilation, T-POP: NO FEAR IN LOVE. The EP will feature remixes of five independent artists from Taiwan to celebrate the first anniversary of the Marriage Equality bill and spread the message of love and equality among the Mandarin music world. T-POP: NO FEAR IN LOVE will be available on streaming services on May 24th, 2020. Visit redhot.org for more information. 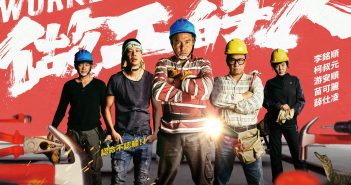 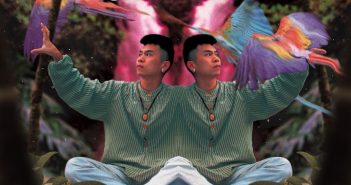