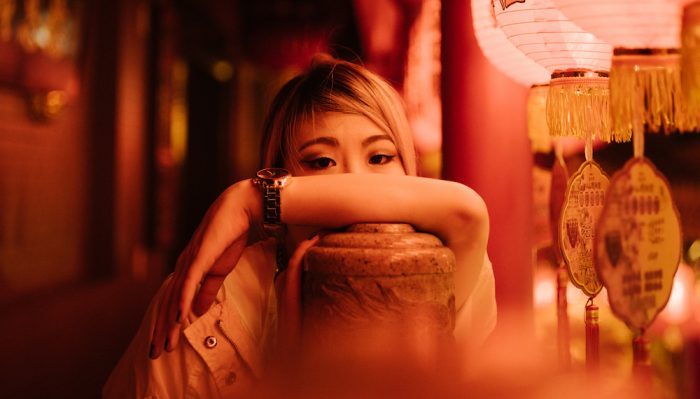 SXSW 2018 Taiwan Artists: Sonia Calico, The One Who Is About to Reshape the Scenery of Underground Electronic Music Recognized by mixing the bass sound of hip hop, jungle and Juke, Sonia Calico is an ambitious action taker. She currently runs an indie music label UnderU. She was one of the first Taiwan artists to join the Boiler Room rosters, and performed in Amsterdam Dance Event (ADE) 2017. The Fader called her the new generation to define dance music in Taiwan. Noisey praised her as “the most indispensable figure in Taiwan dance music scene.”

She is part of electro pop/rock band Go Chic. With the band, she is experienced in touring, and participated the production and distribution for its two albums. When producing the Golden Indie Music Award winning second album, We ain’t home, the band went to Berlin, and completed post-production with Canadian electronic musician Peaches’ mentoring. The diverse and thorough experience made her a rare all-rounded talent among the electronic music scene in Taiwan.

Her touring experience in Glastonbury, Fuji Rock and SXSW gave her the chance to observe the real happenings, and triggered her thinking of improving the electronic music scene in Taiwan, hence the result UnderU. Founded in 2011, UnderU continues to introduce different styles music and artists to the dancers with an open-mind. In the Spring 2017, UnderU release a double album Greenhouse and Warehouse. The release was considered to be very inclusive, and was praised by the music critics that “reflected the peculiar status of the current electronic music in Taiwan.”

Her time in Berlin also made her aware of how the western musicians create art as their living, and how they share creative experience and observations have exemplified the importance of a healthy music scene. In 2015, she evoked a musicians’ gathering, Beatmakers Taipei, a sharing platform open for everyone. Beatmakers Taipei now hosts a monthly event that congregates a couple dozen music professionals to share their works, crafts, or simply exchange their life moments in music making. Beatmakers Taipei helps the community to grow with the communal energy, and has established a good foundation for the electronic music scene in Taiwan.

In her first EP Fake Jewelry released in 2017, Sonia Calico adopts various styles of beats and fused with Asian pop cultural samples and vocals to mesmerize the audience and media. Lately, she produced songs for pop singer Nine Chen (陳零九) and Taiwan hip hop pioneer Dwagie (大支) with completely different styles, which proved her ability to master different genres. After touring in SXSW and Los Angeles, she will drop her latest EP that would even be more focus on rhythm. Whether performing, producing, or music promotion, her next step is excitingly anticipated.