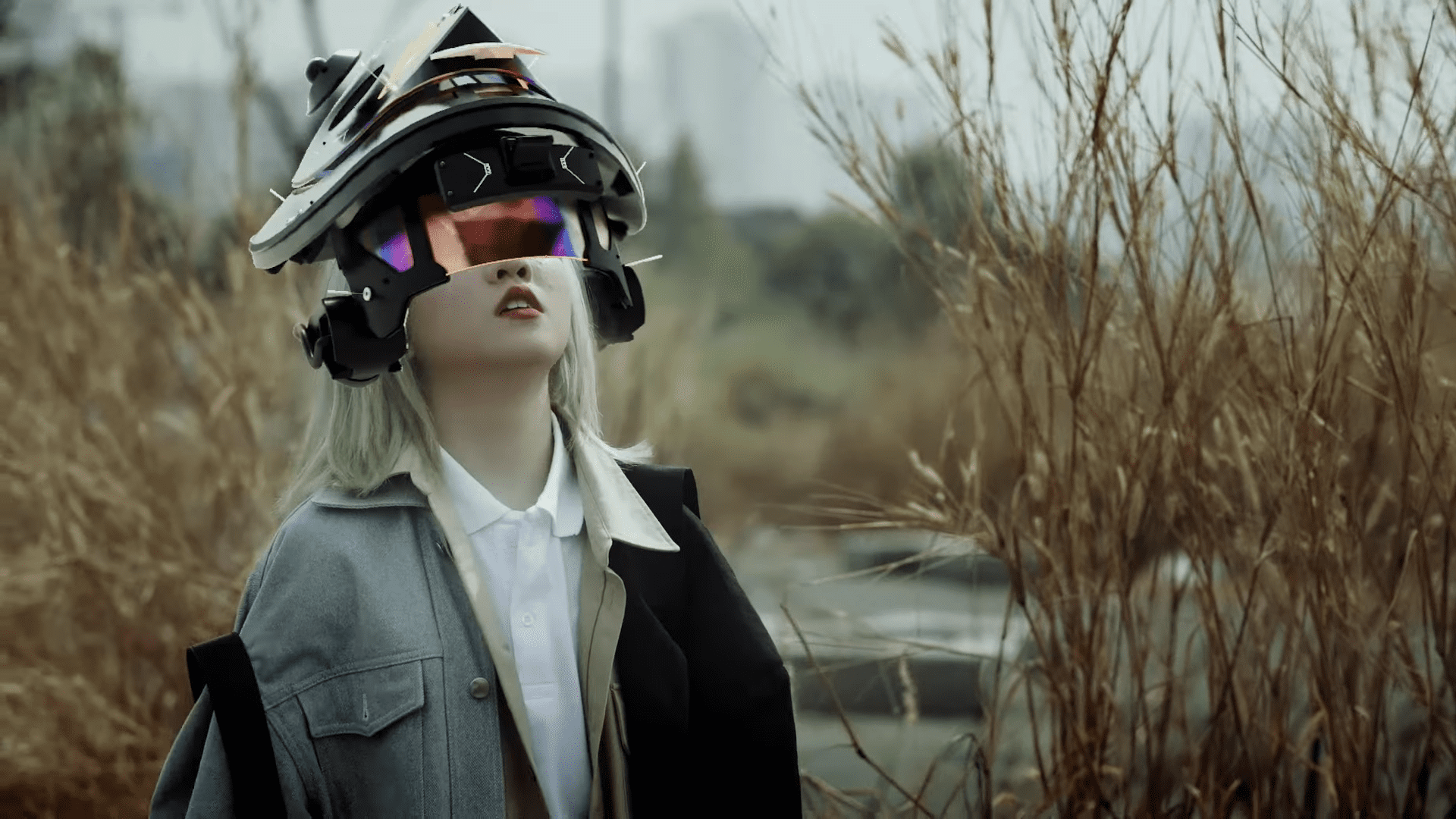 “I got the inspiration of the track from one time when friends invited me to watch a performance of the traditional Japanese festival called “阿波踊り (Awa Odori)” and I immediately fell in love with the sounds. Taiko drums and shamisen (a traditional string instrument) were my favorite instruments already and what really got me were the chants and shouts made by the performers, they were so powerful and rhythmic, I later realized it’s called “Kakegoe”, Sonia Calico said.

The track used mostly triplet to create the rhythm of the track, and with all the other electronic elements added through the process of track production, the idea of “Awa Odori” ceremony in a futuristic world flashed up in her mind. "I’ve always been intrigued by the idea that traditions may seem disappearing through time but they actually always stayed and transformed into different spirits."

Dustin Ngo and Sonia shared stage while she was touring Ho Chi Minh City, the mutual appreciation through music in between them had resulted in collaboration of the track, Dustin later introduced Nhat Nguyen to Sonia Calico.

“This is probably the most exciting project that I have ever had the chance to work on. The moment I first listened to and learned about the meaning of the song from Sonia, I was very much inspired.

The concept for the video is quite simple: The melody of the song is like words spoken to me by a goddess. She wants to take you into her world - a dystopian place where the human mind is controlled by a 'virtual' superpower." "We used the traditional vfx method that consists of a giant markered blue screen to track the movements of the dancer and the camera. We then created the 3D environment in Blender with matching lightings and several physics simulations. The headpiece for the dancer was designed as a combination of the traditional amigasa hat and the futuristic VR headset to convey the cyberpunk feel." Nhat Nguyen said. The music video of "Neo Tokyo Folk" had revealed a dystopian world where people are being mind controlled by cyber punk entities through VR headsets, you can listen to her album "Simulation of an Overloaded World" at below :