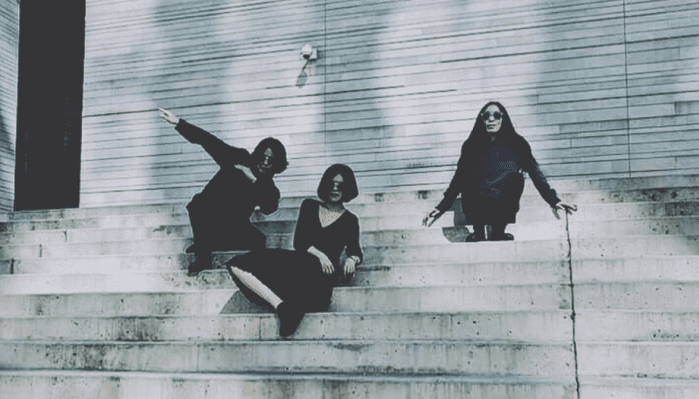 The band leader Ruby is still a graduate student in the Taipei National University of the Arts. Before getting into music career, she even won a fantasy fiction award. She is also a spiritual seeker and occultism enthusiast, and has insights in psychology and astrology. Such nutritions destined Ruby Fatale’s works to have certain clear and concrete concept filled with thick desolation. With the guitarist coming from thrash-metal band Bazooka, and seasoned but adventurous VJ Ardent Wei, the sound of Ruby Fatale turned from dark to abysmal.

After exploring their boundary with music in Grace and Gravity, Ruby Fatale is seeking for the balance between self and others with its next album Pale (蒼白) scheduled to be released in May. Their fellow Golden Indie Music Award receiver, internationally recognized electronic music producer Sonic Deadhorse (音速死馬) is the producer for the coming album. A collaboration with Chelsea Wolfe in the new album is also in the discussion. In its coming release show, Ruby Fatale is aiming to abandon the one-way presentation format, and hopes to present a completely new experience to its fans. Lately, Ruby Fatale already stepped out of Taiwan, and has toured in China, Korea and the US. Their win of Golden Indie Music Award got the attention from other musicians. Other than increasing invitations, they have also been commissioned to produce songs for pop artists. With their signature dark but powerful electronic rhythm, the band conducted a crossover cooperation with Rayark, the Taiwanese online game company famed for their music game Cytus, and took part in the production of the soundtracks for Cytus II. They will also be responsible for a new Taiwanese horror film coming up in 2018 Summer. They will surely be more visible in the future.