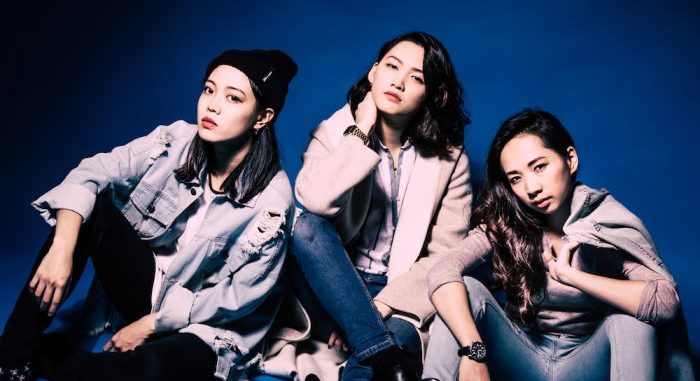 JADE EYES is an all-female electronic band, consisted of three members: Ling-Ching (Lead vocal/bass/keyboards), I-Shuan (guitar and VJ), and Yu-Shin (drums). Known for playing non-stop during their performances, these girls complement each other instrumentally. Putting a stack of sounds together with splendid projections, they make their audience dive into their music fantasy with synthesizer sounds and electronic beats.

Formed in 2014, the band’s name originates from peacock’s feathers - teal with an eyespot. JADE EYES’ musical styles are influenced by New Wave and Post-Punk, and known to have aesthetic features like heavy beats and wall of sound. Their music may seem restless and anxious on the outside, but you can feel its passion and liveliness on the inside. Their music has been able to carry magnificent emotions with just a few words. During past interviews with the media, they described their music as “catchy lyrics combine with distinctive melody.” They said, “Our music has the electronic base, but fuses with other genres. At the present stage, there aren’t many bands in Taiwan that are playing the same genre. In this case, JADE EYES has higher chance to stand out and be noticed.”

After forming for a year, JADE EYES released their self-titled debut album. The band managed to reflect the stressful emotions this generation have under information overload. They put feelings like loneliness, anxiety, insecurity and love into their lyrics. One can feel the extreme contrast in songs like “Choke Me with Your Smoke (你的菸燻到我沒關係)” and “Caveman (山上的人)”, both at once psychedelic and real. You can also tell their potential by their nomination for the Golden Indie Music Awards in the category of best electronic album. After the album’s release, the band started to play in numerous music festivals and events, including “The Next Big Thing (大團誕生)”, a very iconic music event for best new bands in Taiwan, and other festivals like Winder Music Festival, Wake Up Festival, and Hong Kong Calling Music Festival. They were also invited to open for Hello Nico during their China tour. In 2016, they announced that they had signed with Black Market Music, a label founded by Oliver Ching - the lead vocalist of the Hong Kong band The Hunger Artist, and is expected to release new music in 2017. Just like the band’s name, their music journey is going to be as stunning as peacock feathers. Also, their intoxicating music is going to stand out, making us unable to take our eyes off.