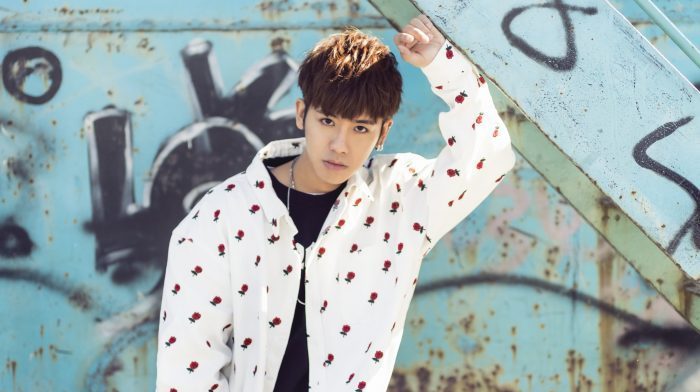 #GBOYSWAG (鼓鼓) is an electronic singer-songwriter with natural groove of his own. (Photo: B'IN MUSIC)

DJ Goo Goo, now known as #GBOYSWAG, is a singer, songwriter and record producer. He used to be the drummer of several bands, including Da Bones (骨頭樂團) and 88balaz (八十八顆芭樂籽). He is best known as the DJ of Magic Power (MP 魔幻力量), a boy band that excels at creating party atmosphere. The songs of the band are catchy and often feature melody lines that anyone can dance to. By combining genres like electronic dance and rock to its songs, the band tries to make its music universal without losing the authenticity.

While the band announced its hiatus in 2016, #GBOYSWAG decided to leave band sound behind to pursue his own music project by utilizing synthesizer as the main instrument to create his solo album MAKE IT REAL. As a drummer himself, he emphasized on arranging a more natural groove for his songs, and had also added more upbeat elements to make people feel like dancing to. In order to explore more music styles, rhythms and sounds, #GBOYSWAG collaborated with Dizparity, the up-and-coming electronic music producer graduating from Point Blank Music Academy with a major in electronic music production, making "I’m Super Ready" a break and garage house track. Two of his tracks (“Uh-Huh VS LI HI 2-In-1 Blend Remix” and “Meant to Be PhutureStep Remix”) were even remixed by the very famous DJ Slamer & DJ Mykal, elevating the songs to a more modern and fashionable level.

The works of #GBOYSWAG properly describe Taiwanese electronic pop music – catchy, but not cliché. His music and vocal has finally found the right balance between art and business of the music industry.