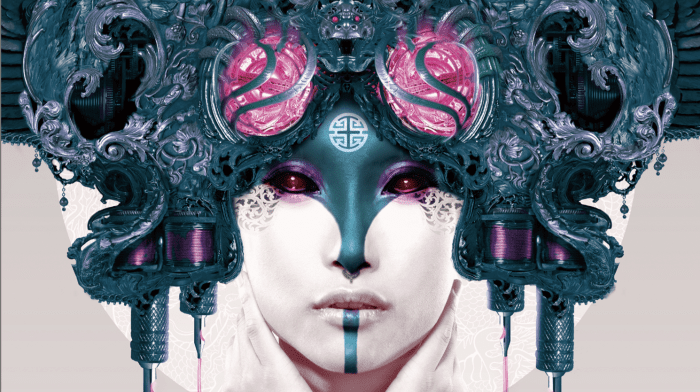 Tattoos helped Ellen Loo to get through her depression.
Flesh Juicer is ready to rock the show.

Taipei International Tattoo & Music Festival is kicking off on July 7 at Songshan Cultural and Creative Park. This is the first tattoo and music integrated festival in Asia that presents three musical themes in three days and awards to tattoo artists. Vincent, one of the event holders and the director of Belleza Tattoo Team, said "Taipei International Tattoo & Music Festival intends to be the Asia highest profile tattoo expo and to award the significant trophies. it is also the fusion of tattoo and music cultures.” Ellen Loo, who just won the Best Arrangement title at 28th Golden Melody Award and publicly came out as gay, was recovered from her depression by getting tattoos. Her performance in the festival is representing that Taiwan has the most open-minded circumstance to art cultures in Asia countries. Flesh Juicer, the popular band in significant music festivals around the country, is ready to rock the stage and excited about the live tattoo shows.

Three musical themes of Taipei International Tattoo & Music Festival are “Blacksmith Night”, “Hardcore Goddess” and “Rough Accent”. The festival is proudly to have the queen and the godfather of Taiwanese rap music - Miss Ko & Dwagie, both nominated as the Best Female and Male Mandarin Vocalist at Golden Melody Award - as the headliners. Not only 15 sets of musicians play on the stage, there will be also more then 150 tattoo artists exhibiting in the show, including the Porter Story spokesman Liang Kai Hao, Mason Tattoo and Endless Tattoo. Don’t miss out the one and only tattoo art & music festival this summer.

The 26-year-old Liang Kai-Hao won an international title as the best tattoo artist in the world. (Photo: PORTER)

The first music and tattoo art fusion in Asia

“Belief on my side” is the core spirit of Taipei International Tattoo & Music Festival. It is the first and the only tattoo art and music integrated show. The artists lineup won the media exposures; meanwhile, Taiwan landmarks and humanist culture also draw the utmost attention.

Wanna know more about Taiwan's local culture? Don’t miss out betel nut wrapping and live tattoo trade experiences. This is the chance to operate the tattoo machines and make your own one on the artificial skins. The GMA Best Taiwanese Album nominee, TaiKo Electro Company, was joking to make their own tattoos on themselves.