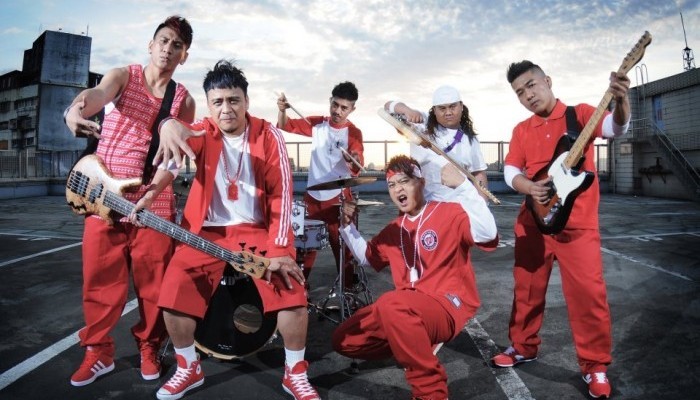 Hello Asia! Interview: Boxing Talks about Being Nominated at the Golden Melody Awards and More! Taiwan reggae, Latin-hip-hop rock band Boxing sits down with Hello Asia editor Johnny Au backstage at the Golden Melody Awards. The members talk about their showcase performance, which artists influenced their music, how they feel about being nominated as Best New Group, plans for the rest of 2015 and more! (TURN ON YOUR CAPTIONS FOR ENGLISH SUBTITLES!)

◎How was your showcase performance?

As it was a performance, all of us were so into it. When we came down we felt like 'I don't know what to say'. We were all very excited because we heard that there was a foreigner that was going to interview us so we were very anticipated and he really did come!

We all have different influences, for example 'Ah Liu' likes the band Maná, which is a Latin band. When I was young, I liked Michael Jackson. Also, Ge Xi Wa says, "Bob Marley" and Xiao Long picks "Bon Jovi". We all listen to these type of music.

◎What are your thoughts on being nominated for Best New Group?

We are very happy because we get to produce the music we like and that we have poured everything into this album, being nominated makes us feel like the efforts we put into the album and our music is all worth it. We are very happy.

◎What are the plans for Boxing for the rest of 2015?

We have a lot of plans! We will probably be releasing our second album this year. We would also like an opportunity to perform abroad. We really want to go out and see the world and let them know that Taiwan does have this language and music. Our biggest goal is to be able to exchange music with the world and learn from them.