Taiwanese girl group Popu Lady chats with Hello Asia editor Johnny Au backstage at the Golden Melody Awards & Festival showcase. The five members of Popu Lady discuss their showcase, what mentors S.H.E has taught them, what they would like to do in Australia, plans for rest of 2015 and much more! (TURN ON YOUR CAPTIONS FOR ENGLISH SUBTITLES)

◎How did you go on stage just then at your showcase?

We are very happy we could participate today in the Golden Melody Awards event, it's a pity this time we didn't get selected as one of the winners, but it is a honour to participate in this event. As well as today on stage we saw how happy the audience was and their enthusiasm was still there. Also, we are in preparations for our next album. We also would like to give our thanks to everyone that has been supporting us in this period of time.

◎What was it like being mentored by the three members of S.H.E?

At the beginning when we became S.H.E's sister group, we said we were very happy and honoured but we were really the ones creating stress for ourselves, as in tension but when we meet them in the company, they would give us lots of encouragement telling us to cheer on! and that they would not criticise just because its their first time meeting us but they still would give lots of encouragement.

They have taught us the three important points for a group to last long, 'don't care, don't compare and be thankful'. Its these three points we have remembered and used, we are also thankful for S.H.E teaching us and always taking care of us so much.

I want to feed kangaroos, see and take photos of koalas in real life, because I heard koalas like to sleep a lot and I think it would be really cute when they are eating.

I know that right now in Australia it is in the winter season and it is very cool because it is currently snowing, because the weather in Taiwan right now is approximately 40 degrees and that is too hot and in Australia right now it is actually filled with ice and snow. If we could right now, I want the five of us to go and have a skate there. Australia feels like a place filled with mountains, and I hope next time we all can come for a visit.

We are currently in the middle of preparation for our new work(s), which would probably be released in the second half of the year, we want to bring a different side to the audience and I hope everyone anticipates for it and you'll be surprised.

Hello Asia! is independent Australian source for the latest music, film and culture from the world of Asian entertainment. Part of the AU review. 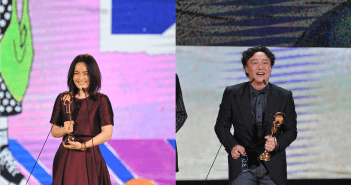 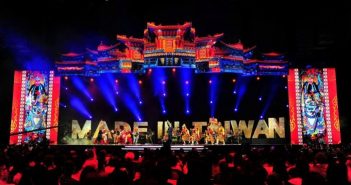