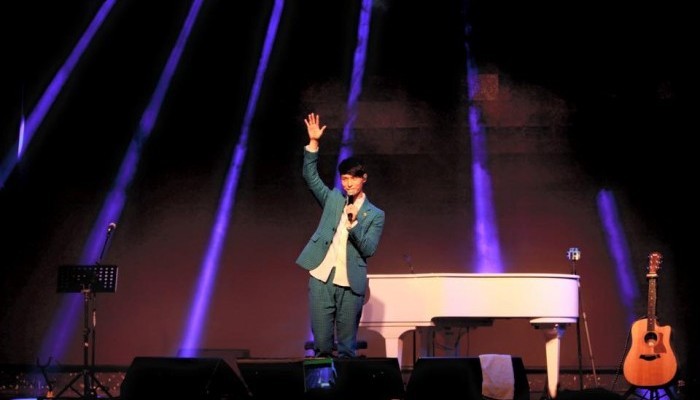 Hello Asia editor Johnny Au talks to Taiwanese jazz-pop singer-songwriter Yen-j （嚴爵）backstage at the Golden Melody Awards Festival. Yen-j talks about the audience and performance, having freedom in producing his own music, plans for the rest of 2015 and more! The interview clip is available to watch below!

It has been four years since Yen-j has last released an album, and this time he has been invited to perform at the Golden Melody Awards. Yen-j feels he is "privileged and honoured" to be on stage and "enjoyed the venue" as it was "very close with the crowd" which he can "get a lot of energy that feeds off them".

He is "really glad" the record label is giving him "so much creative freedom" in producing his own music, and most of the "productions has been done in New York" for his new album. The album is also self-produced "just like the previous four", the theme of the album is "getting back to my roots" under the California influence "of that chill, laid-back California sunshine" which is what the album will be about.

For the rest of the year, Yen-J will be holding "another concert in Hong Kong" as he hasn't been there in the past four years. He will also "have a tour" when his "new album drops" and hoping it will take him to "other than Taiwan, maybe to Shanghai, Beijing, maybe all the way back to California".