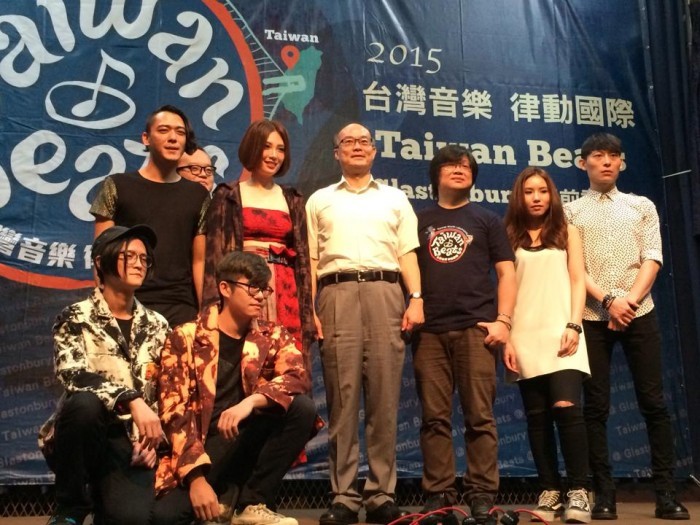 With the intention of presenting Taiwan's music to the world, as well as promoting Taiwan's musical culture, the Bureau of Audiovisual and Music Industry Development, Ministry of Culture will this year return to the biggest open-air music festival in the world, The Glastonbury Music Festival, sometimes referred to as "Woodstock in the U.K.". The project referred to as 'Taiwan Beats' aims to bring the music from Taiwan to the international stage, in order to expand and simulate international exchange for further collaboration and support.

This time in 2015, there are three representative artists including Waa-Wei with her charming dramatic and diverse voice, the wild Rock-n-Roll group My Skin Against Your Skin, and techno artist DJ Code who intertwines classic oriental sounds with Western beats.

On the 23rd of June, the night before the groups hit hit Glastonbury, an extraordinary showcase night is being held at the London 'Barfly' in Camden Town, a venue where Adele, Muse, and The Killers have all performed. Camden is also an area which is synonymous with the British Punk and Rock Culture, and so against this historic back drop we bring 'Taiwan Beats' to the British live stage. Building on the success of the project last year, this year looks like once again being a big hit at Glastonbury, showcasing Taiwanese talent to the world.