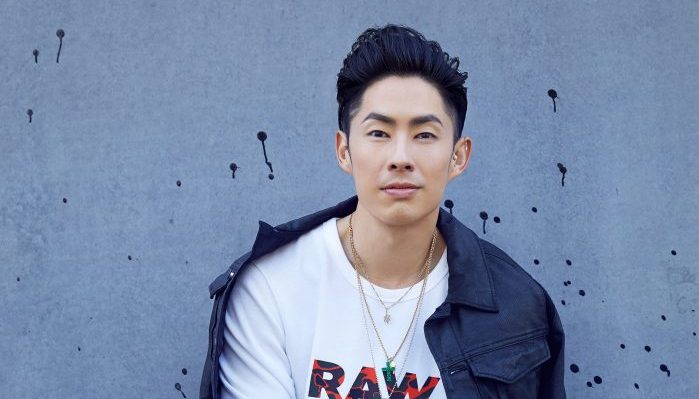 The TV drama Meteor Garden is not only the childhood memory of most of the 80’s and 90’s kids in Taiwan, it also booms the popularity of F4, the boy band featuring in the show’s theme song, in southeast Asia. While the members of F4 develop their own careers respectively after that show, Van Ness Wu is definitely the one who shine the most among F4. From TV drama, movie, variety show, music industry to fashion, Van Ness sets no limit to his career and sees every new attempt as a challenge to himself. Released in 2016, Van Ness’s solo album #MWHYB amazingly defines his unrestrained free spirit.

Van Ness never sees himself as an idol. The California native grew up within the authentic hip hop and R&B cultures. Before moving to Taiwan to start his career, he had appeared in music video for the legendary hip hop band RUN-DMC. The unique background gives Van Ness a natural born groove and his stage glamour which enable him to perform in different styles. He even participated the diving competition in Stars in Danger: The High Dive, a Chinese reality show, with his pretty face and ripped body, Van Ness quickly gained a huge crowd of female fans.

Being an international pop celebrity, Van Ness opens to diversity and innovation of his singing career. He is the one who break through the frame of entertainer and a record maker among Taiwanese singers: With Kangta, a member of the Korean band H.O.T., Van Ness formed the first transnational band in Asia-- Kangta & Vanness. Moreover, Van Ness is always seeking for collaborations with the international big names. He invited Bruno Mars to feature in his R&B single "Knockin" as a songwriter. He also collaborated with Ryan Tedder, the lead singer of OneRepublic, to writer the song “IS This All”. In 2018, Van Ness is going to represent Taiwan to participate the SXSW music festival. These all proves that Van Ness is not only an ordinary pop singer.

As one of the fashion icons in Taiwan, Van Ness collaborates with a number of well-known fashion brands, including READYMADE, a Japanese high-end army uniform brand, UNITED ARROWS, SUBCREW, the Hong Kong trendsetter, and so on. Van Ness even tookover OVERKILL, a Taiwanese streetwear brand, few years ago. He reshaped the well-known brand with a fresh creative twist and led the brand to enter Chinese market. Rumor has it that Van Ness is going to launch his own fashion brand in order to present his genuine fashion taste. As a singer, actor, and fashion brand owner, Van Ness is full of playful spirit. He constantly sets new fashion benchmark which turns career into entertainment and creates a trending lifestyle. We are all looking forward to experience what Van Ness is going to bring on in the future.

?te: A Bedroom of One's Own Album Review
See More