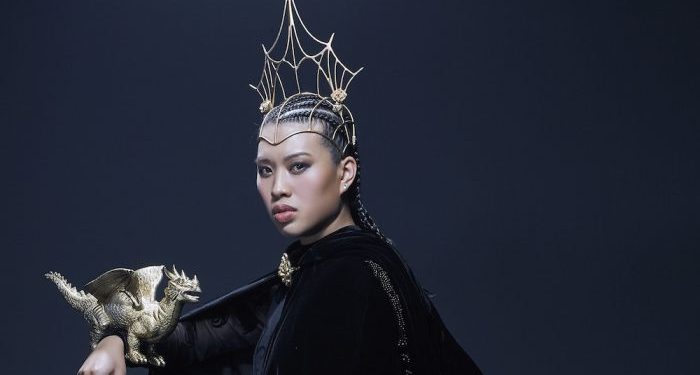 The outstanding music career of Miss Ko was unexpected just a few years ago.

Miss Ko, who is no doubt the queen of Mandarin Hip Hop, released her album “ Knock Out” in 2012, taking the public by the storm of Hip Hop. The album later earned her a Golden Melody Award in the category of Best New Artist, and nominations for Golden Indie Music Awards in the categories of Best New Artist, Best Hip Hop Album, Best Hip Hop song, and AMP Awards in the category of Future Shock Award. The Taiwanese-American female rapper grew up in Queens, New York. She deferred her studies and come back to Taiwan to learn Mandarin. During her time in Taiwan, she participated in a rap competition, and surprisingly got noticed by the head of “KAO!INC.”, an indie Hip Hop record label. She later signed with KAO!INC. and kicked off her music career in Taiwan.

She managed to fluently mix English and Mandarin rapping together, and also broke the stereotype of people thinking Hip Hop is all about drinking, violence and sex. She wrote about little things she’s observed from daily life, and also made surprising yet amazing collaborations with artists like Billie, A-mei, Amber An, Khalil Fong, and Crowd Lu. However, after releasing her second album “XXXIII” in 2014, she felt that she wasn’t fully prepared to go down on this road, she went back to New York. Luckily, God did not give up on this talented girl, Miss Ko got noticed by Universal Music and during the constant meetings with the label, she was inspired in a lot of ways. Plus, after learning that her mother not only encouraged her to keep doing music, but was also asking advice from friends just to get her through the hard times, she decided to give another shot. Eventually, she has transformed from the “Hip Hop version of Teresa Teng” to “Miss Universe”.

“Queen of Queens” is the third studio album of Miss Ko, it is also the first album she released under Universal Music. In this album, she tried for the first time to write all Mandarin songs, and with the consultation from the very experienced songwriter Wu Xiong. Under Wu Xiong’s guidance, Miss Ko is able to preserve her pop-slang mixing style, and at the same time express her feelings in a more powerful way. This opportunity allows her to keep making interesting and humorous hip-hop music. ?te: A Bedroom of One's Own Album Review
See More