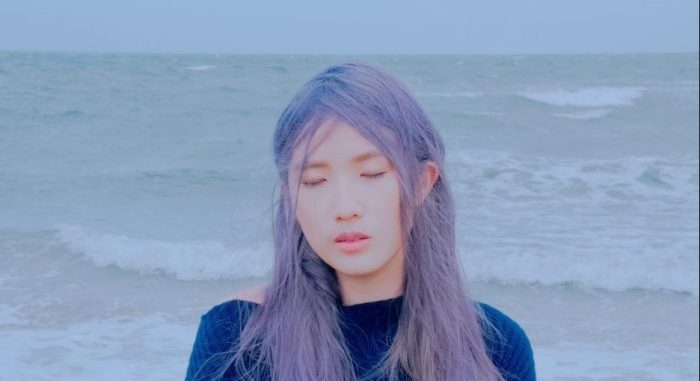 Mixing a delicate yet powerful voice with the icy synthesizer sounds and electronic beats, Zooey Wonder’s exquisite music sounds both serene and spatial. If you listen carefully, you’ll notice the warm melodies played by an electronic guitar and keyboard that sounds just like the mild winter sun, lighting up the dark in our heart.

Zooey Wonder started out with just an acoustic guitar, but she has recently crossed over from folk to genres like electronic and ambient. Hoping to expand her limits for creativity, she would change the arrangement of her songs in different performances. In 2011, she kicked off her music career by publishing her first demo “Miss You (思念你)”, and later released 2 EPs called “Courage to Face Tomorrow (面對明日的勇氣)” and “My Dear, Did You Hear That (親愛的，你聽見了嗎)” This March, she is expected to release her debut album “Wonderland”. The album consists of the title track “Wonderland”, which received praise by the Oscar winning screenwriter, and “Chaos”, the background music for the 2014 Taipei Film Festival. Zooey Wonder just embarked on a tour in support of her debut album "Wonderland." Photo from Zooey Wonder's Facebook page.

Drummer Bywho Chang, synth player Troy Lin and guitarist Joshua Lee have always been great partners with Zooey Wonder along this journey. Among the three, Bywho, specializing in recording and mixing, has been supporting and guiding Zooey since day one. As for the synth player, Troy Lin, who had been the keyboard player for the band Shimmering Islands (previously known as Sugar Plum Ferry), specializing in creating sounds and beats with modular synthesizers. Last but not the least, Joshua Lee, who was nominated for the Golden Melody Award in the category of the Best New Artist, is also the guitarist of the band Hello Nico. He has become one of the most sought-after young music producers and composers lately. Zooey Wonder and her excellent team are going to create a new music chapter, leading the audience into a music wonderful full of love and hope.