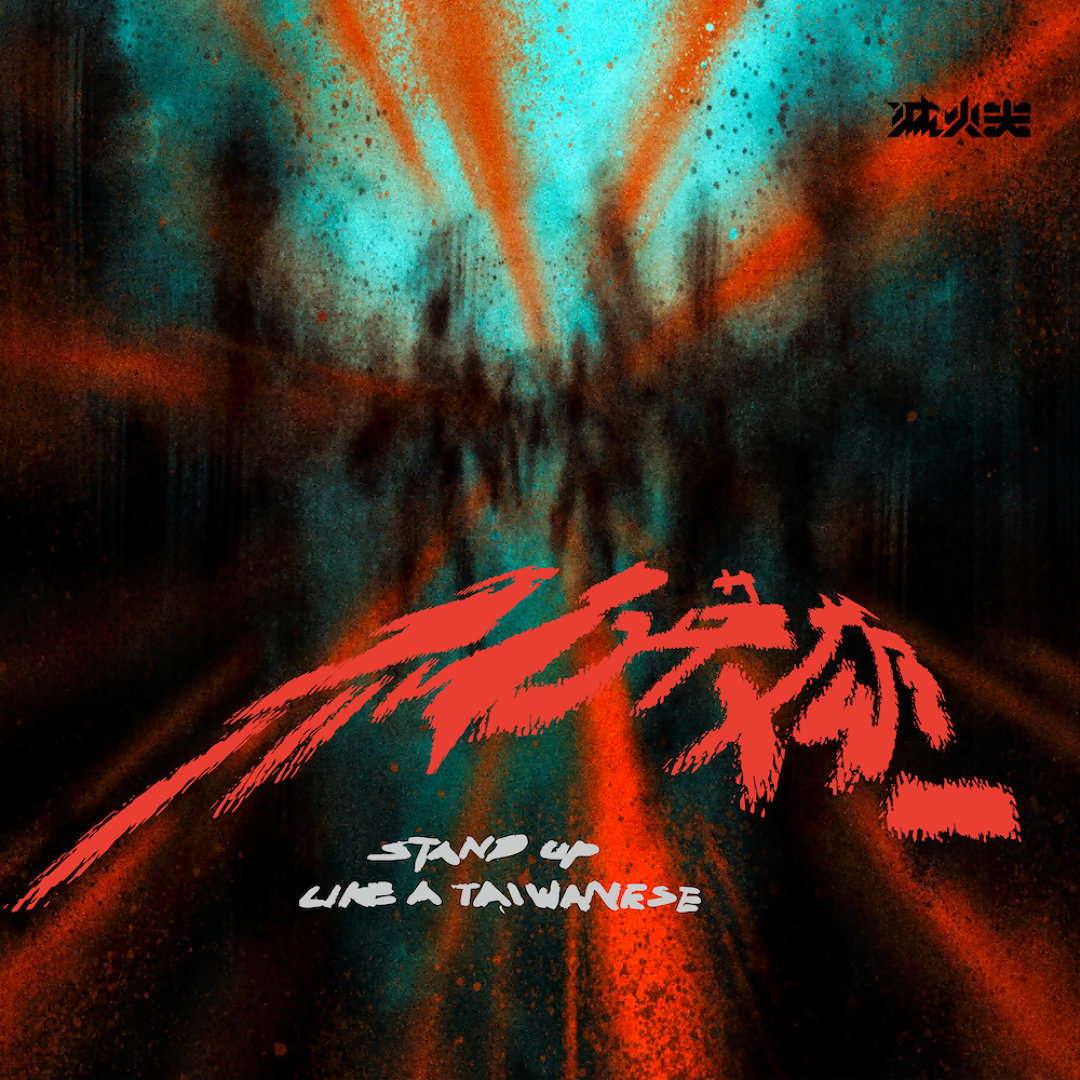 Fire EX.: Stand Up Like a Taiwanese Album Review

At first glance, Fire EX.'s band name might seem a little odd -- especially when you take into consideration what the "EX" part is short for, given the fact that the direct English translation of the band's name in Chinese is "fire extinguisher". Don't let their name fool you though; this punk rock band encourages the fiery passion that many Taiwanese youth have towards their beliefs, and the band members have openly advocated for the same values (such as Taiwanese independence, democracy, and legalization of same-sex marriage), rather than putting out the flames.

When I first heard of Fire EX. in 2014, it was through a friend of mine who was part of the Sunflower Student Movement in Taiwan that same year, as the band's song "Good Night Formosa" (晚安台灣) was dubbed the unofficial anthem for the movement. Although Fire EX. had been active since 2000 in Kaohsiung, it was at this point that they gained more widespread attention. In fact, the usage of "Good Night Formosa" garnered so much support for Fire EX. that they wrote "Island Sunrise" (島嶼天光) in return, specifically for the movement. Like any good punk rock act though, the band didn't stop there with incorporating politically-charged lyrics into their music, and their newest album that was released at the end of 2019, Stand Up Like A Taiwanese (無名英雄, lit. Nameless Hero), is a perfect example.

While Fire EX. have stated that they are not too concerned with the fact that some might consider their lyrics not as "accessible" to a larger market since the majority of them are in Hokkien rather than Mandarin, their belief that their music will still reach people regardless of a language barrier, still holds true. This conscious decision of theirs makes it easy to see why Fire EX. has become popular with the youth in Taiwan as their lyrics affirm Taiwanese identity with not only the content, but also the usage of Hokkien.

Even if you cannot understand Hokkien or read Chinese to be able to understand the lyrics, the energy from Fire EX.'s songs has the capacity to draw you in regardless. For fans of Green Day who appreciate the political stance in some of their songs, Fire EX. would be a good fit in their regular music rotation -- and unsurprisingly, they have stated that Green Day, blink-182, and Sum 41 are amongst their musical influences. It wouldn't be too far-fetched to say that Fire EX. would have been a natural addition to Warped Tour (if it was still active), but the fact that they performed at President Tsai Ing-wen’s inauguration ceremony in 2016 also speaks volumes.

Stand Up Like A Taiwanese was recently nominated for Best Hokkien Album and earned Fire EX. a nomination for Band of the Year as well as Best Album Producer with Mike Green, for the 2020 Golden Melody Awards.

The album wastes no time in getting right to business and letting the listener know what Fire EX. is all about, with the heavy title track "Stand Up Like A Taiwanese" serving as a battle cry.   It's loud and it grabs your attention immediately from even before the guitar riffs kick in. The lyrics criticize the negative aspects of this world but also stress how with collaborative efforts and love, change can be made, one step at a time.

風雨起 乘風破浪
rising up through hardships to brave the wind and the waves
咱攏是無名的英雄
all of us together are nameless heroes
保持憤怒 過關斬將一路闖
maintaining our wrath, overcoming one difficulty after another, rushing all the way through

It is a fitting way to start off the album, seeing as how this is just the first of several times throughout the ten tracks that this belief is referenced. Six years may have passed between Fire EX.’s previous album Goodbye! Youth (再見! 青春) and Stand Up Like A Taiwanese, but their sound has not gotten stale. Intended as a way to celebrate Fire EX.’s 20th anniversary, this album serves as a reminder that age does not diminish one’s beliefs as passion about fighting for what’s right is not just strictly reserved for the youth. Fighting for justice with everything that one has and calling for revolutions are not just a part of history from long ago - it is a constant battle that has been ongoing and has continued into the present.

This is reflected by the third (and only Mandarin) track on this album, "City of Sadness", as the lyrics refer to the political situation in Hong Kong (and the music video features footage from the protests). However, it is no coincidence that the song's English title is the same as a 1989 film about the 228 Incident and the White Terror period in Taiwan -- although 70 years separate that part of Taiwanese history from what is currently happening in Hong Kong, the similarities are eerie and frightening. It brings to the listener's attention that struggles against oppression have sadly repeated themselves throughout history, regardless of oceans and country borders.

百年的追求輪迴轉世
the pursuit of a century repeats itself
自由的靈魂遍地開花
free souls bloom everywhere
咱的尊嚴無欲賣 繼續奮鬥為這片土地
our honour will not be sold, we continue to fight for this land

It is unfortunate and can be discouraging that some of the fights for justice carry on for so long that it spans over multiple generations. However, Fire EX. encourages their listeners to carry on and move forward without losing hope, with inspiring lyrics like "speak out your aspirations, I will support you to the end / because the future of the world is yours" (講出你的理想 我會伨你伨到底 / 因為未來的世界是恁的) mid-way through the album on "Juvenile". This track sounds a little more light-hearted in comparison to the first two songs on the album, and Fire EX.'s pop-punk influence from the previously mentioned bands can be heard more clearly both here and on "California Dream" (amplified even more for the latter, with its lyrics being entirely in English and the content being more on the free-spirited side).

Fire EX. switches up the pace from heavy songs with political lyrics (like "Revolutionize the Disgusting Life" and "Cycle of Freedom Soul") and light-hearted fun tunes (including K2, We Too), to a ballad about a lost love on "A One and A Two". It is different from the rest of the album, but it does not get drowned out by the other nine tracks. Longing for a former relationship for twenty odd years may not exactly be an experience that is a common one, but it is a moving song nonetheless.

Stand Up Like A Taiwanese closes out with "Liberal Sailboat" - with an acoustic guitar and heartfelt vocals relaying a powerful message that ties the album up nicely:

It is on this final note that Fire EX. reminds the listener that even when the going gets tough and the end seems to be nowhere in sight, we cannot forget what we were striving for in the first place. We cannot give up; we need to let our passion continue to fuel us in order to overcome, because our destiny is in our hands.

Disclaimer: The opinions expressed in this article are the author's own and do not reflect the view of Taiwan Beats.