Over the course of the last four months, one thing has become clear not just in Taiwan, but around the world. Of the very few countries who responded quickly, adequately, and pragmatically to the devastating health and economic effects of Covid-19, Taiwan has been among the very best.

Nevertheless, the outlook for certain industries remains bleak. Despite the fact that Taiwan has thus far avoided the dreaded community transmission of the disease, businesses such as restaurants and bars have been suffering as people have chosen to stay home both for reasons of health, or to save their money in the face of grim financial prospects.

As many in Taiwan choose to remain home both for themselves and for the safety of their fellow human beings, going out mainly for necessities and outdoor exercise, or as we move into May for the odd, careful night out, a vital segment of local culture reels from the effects as well—the music industry. Taiwan Beats speaks with promoters, performers, and venue managers to see just how deep the wounds really are.

David Frazier is the founder of the Urban Nomad Film Festival and its highly touted opening party, the Urban Nomad Opening Freakout, a music festival which has grown in reputation to draw acts from around the globe. The long-term resident of Taiwan, "pretty much a lifer,' in his words, is candid about how the cancellation of his film festival and the postponement and potential cancellation of his music festival has impacted his bottom line.

"It's possible we could have no income this year," he says via phone from his home in Yilan, where he recently relocated after two decades in Taipei. 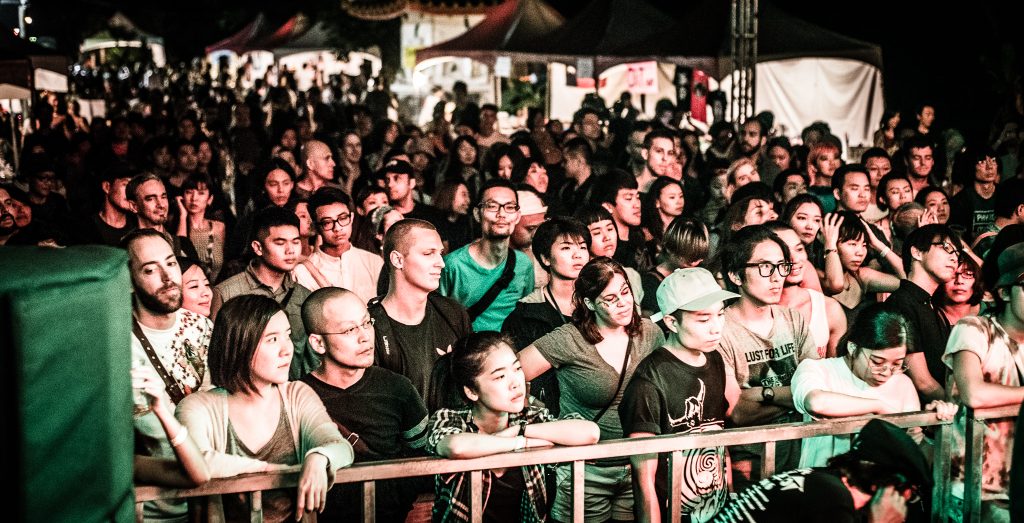 After the initial publicity phase for the Opening Freakout was begun in January, various travel bans coming in stages made it virtually impossible to bring in international bands. First came Taiwan's ban on Hong Kong residents. Frazier had planned on bringing a few bands over from the city, besieged now not just by political strife, but by the pandemic as well. Then came the ban on travel to and from South Korea. Frazier had three acts coming from that country, too, with support from the Korean government. The Japanese bands Frazier had booked began to get cold feet. It only got worse from there.

"Into February it just started to snowball," Frazier says. "I was watching the news for all the other cancellations happening. New Order cancelled their show in Japan. They were supposed to play in March sometime. Everything like that we took note of. And then the big ones started to go. Coachella, Glastonbury......"

With festivals large and small pulling the plug, Frazier decided to do the same. As of today, Frazier has tentatively rescheduled the Opening Freakout for early October. Around 90 percent of the artists he's been in contact with say they are willing to come in the fall. But at this point, a shroud of uncertainty remains. As Frazier says, "Nobody knows when the all-clear is gonna sound."

Then there are the major players in the Taiwanese music industry, the promoters who bring in big-name touring acts from overseas and handle large-scale concerts and festivals. One of the biggest names in that regard is B'IN LIVE, a production company that handles not only concert promotion, but also provides technical audio/visual assistance for cultural events such as the Taipei Lantern Festival.

A spokesperson for B'IN LIVE said via email that to date the company has been forced to cancel about 90 events due to the Covid-19 outbreak. The losses from those cancellations are approximately NT$140 million. In spite of taking a financial hit, the spokesman said the company has not resorted to layoffs to cut costs. They have applied for government assistance, and their application is currently under review. 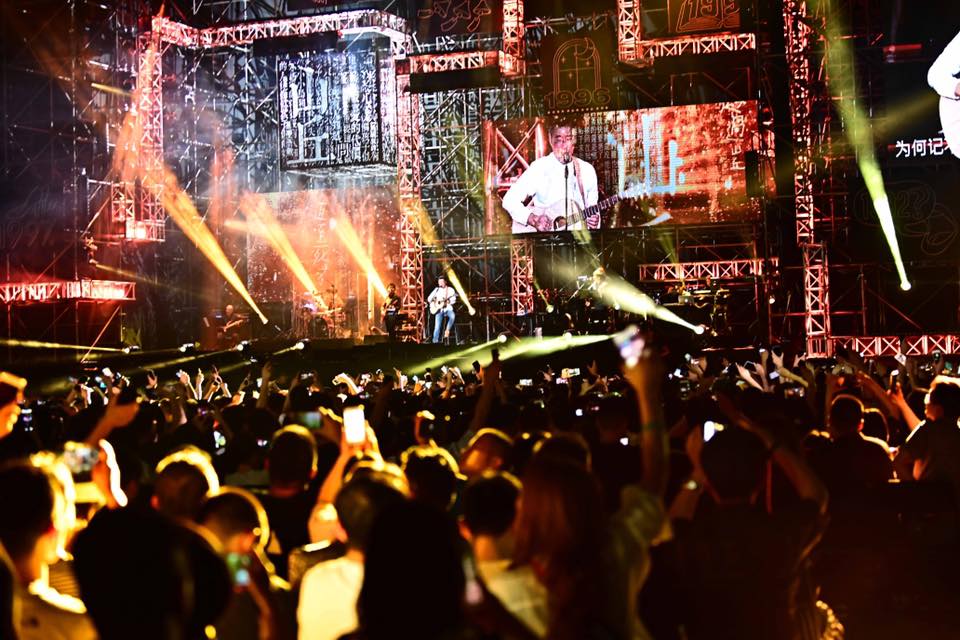 Furthermore, B'IN LIVE's activities have not ground to a halt, even as the music industry at large sits at a standstill. Pre-production of future live events is moving forward. When the outbreak put a stop to large events, the company had plans for five tours this year, with three more ongoing from 2019. When those tours will be allowed to continue, and where they will be able to be staged, is anyone's guess at this point. But whatever happens, the spokesperson said, B'IN LIVE will be ready.

"We foresee a rush of events once the market returns, and [we]are preparing for it."

B'IN LIVE, it seems, has the financial resources to weather the current storm. But that's not true for all live event companies in Taiwan. Jimmy Liu, founder of Taichung's Heartown Rockfest, which was scheduled to take place in early May, says the outbreak and subsequent financial fallout could spell the end for a festival that has come to be noted date for many rock, metal and punk fans from Taiwan and around the Asian continent.

"We've got huge financial pressure, because we can't get refunds from the show fees we paid, and for the deposits for accommodation and transportation," says Liu. "The sponsors are gone, all the money stocks, but we still need to pay our staff, and we might go out of business."

Then, another blow. In order to be eligible for relief funds, Liu would have to cancel or postpone Heartown Rockfest altogether. He and his team had made the decision to merely postpone, planning for a reboot in November, a plan they are trying to move forward with at present despite uncertainties in regard to bringing in the festival's usual slate of international bands.

To be honest, we might change some line up," says Liu, "and see what we can do after this virus."

Venues, too, have been feeling the pinch. Revolver, a staple of Taipei's underground music scene for the better part of a decade, has seen an unprecedented level of concert cancellations. Venue manager Dan Chen, who also fronts local post-metal band Until Seeing Whales Eyes, has watched the amount of events he's had to cross off the normally full calendar at Revolver rise from five percent in February to 75 percent in April. For those events that are still on, Chen estimates attendance for each at less than 20, adding that, of course, this also affects the revenue taken in at the bar. In terms of financial specifics, Chen says only that "We don't know the actual loss, but we can make predictions based on the proportion of canceled events."

Operating as a small venue, with an official maximum capacity of 100, Revolver often puts on shows without official contracts, simply letting bands know verbally how much of the gate they can expect to receive and so forth. These shows are put on at a minimum cost, ideal for Taiwan's budget-conscious underground musicians. However, the lack of official contracts, while not a concern previously, now becomes an issue as Revolver debates when, and how, to apply for government assistance due to the spate of concert cancellations.

"It is a bit difficult to apply [without official contracts]," Chen says.

However, we checked with the Ministry of Culture and found out that there is a form available for promoters to download, stating that an event was canceled due to Covid-19. After being signed by both promoter and artist, the form would be enough for a promoter or venue to claim relief funds. 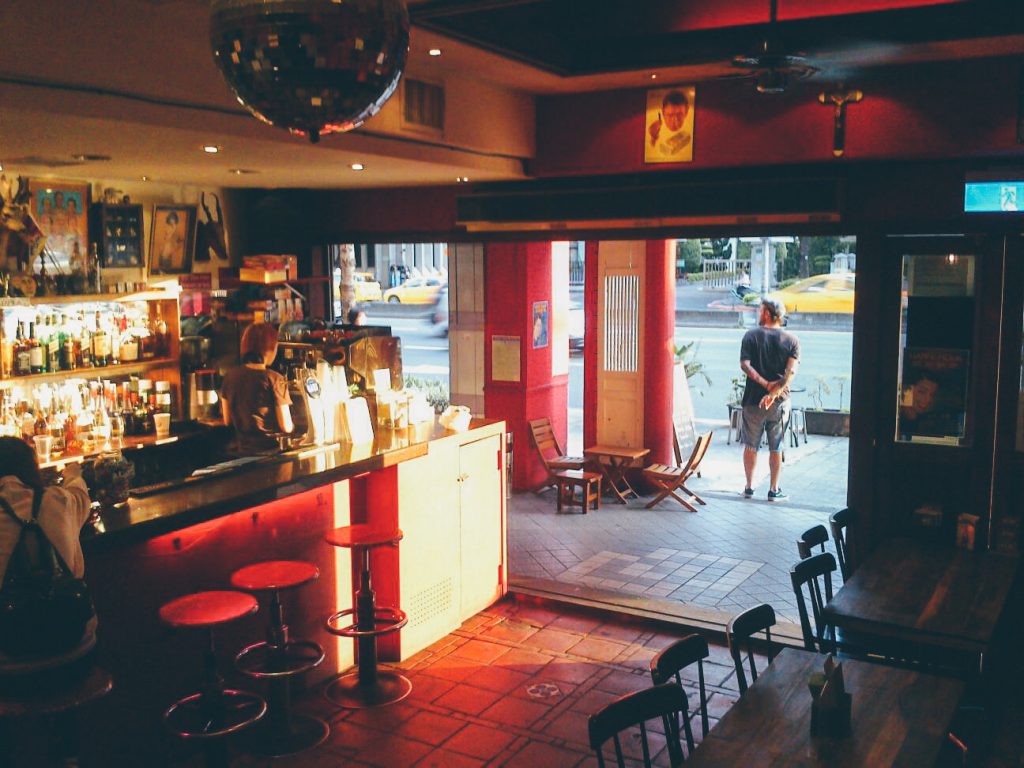 Currently, Revolver is, for the first time, not actively inviting bands to perform. In May, the calendar boasts less than ten events. Nevertheless, Chen remains hopeful. "Once the overseas travel bans start to relax, and events are relatively safe," he says, "then we'll start to make Revolver a lively place again."

Marcus Aurelius, DJ and mainstay of the Taipei club scene, is frank in his assessment of Covid-19's impact on those venues where performers such as himself spin house, techno, hip hop and more. While he's quick to heap praise on President Tsai Ing-wen for the job she and the rest of the Taiwanese government have down in the wake of the pandemic, speaking to Taiwan Beats in mid-April, he says the effect on the clubs has been dire.

"The club scene has been decimated by Corona Virus," he says. "Understandably, no one wants to go out and be surrounded by a lot of strangers at the moment."

Asked if he has seen a reduction in in DJing gigs since the start of the pandemic, Aurelius paints an even darker picture.

"Everything is canceled," he says. "All the big clubs have shut their doors. All the festivals have canceled. This is the apocalypse for nightlife not just in and around Taiwan but for the world."

Many in the music industry worldwide are trying to predict when things might get back to normal, with bands, DJs, and solo artists being able to tour widely and freely throughout the world. Some bands are optimistically scheduling or rescheduling tour dates for the fall, while others hold off. Aurelius, too, offers his best guess on when we might see some semblance of normalcy again.

"My best prediction about getting back to 'normal' would be when a vaccine is ready sometime in 2021," he muses. "Until then, do people really want to get together with 10,000 of their friends and bang their head? Do they want to even go to small-scale events that are crowded with a great vibe? I doubt it."

Ever the optimist, however, Aurelius looks for spots of light in this impending darkness, finding a few rays in the fact that the virus has forced creatives of the world to adapt, finding new ways to get their art to the world.
"With Corona Virus keeping everyone inside," he says, "creative people are coming up with creative things to do from their homes. I think stream DJ sets are going to be a very big wave of the future, what we are just starting to see now."

Help Is On The Way

A bright spot, too, is the fact that although there may be some misgivings, doubts, imperfections and difficulties, help is available going forward for those in the music industry who need it most. Arts and cultural entities who have been negatively impacted from the period of January 15th through March 31st are eligible for subsidies of up to NT$2.5 million, with individual artists or promoters eligible for up to NT$60,000 in relief funds. In total, the government has freed up a huge amount of money in funds during the first phase of relief subsidies to prop up the flagging arts and culture sectors, showing that protecting the arts is indeed a strong priority. The second phase has been open for applications since May 4.

Covid-19 won't last forever. In time, this too shall pass. When it does, the music will return. And as it has with its response to the pandemic, perhaps in terms of arts and culture, Taiwan will once again lead the charge. 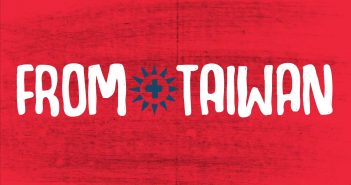