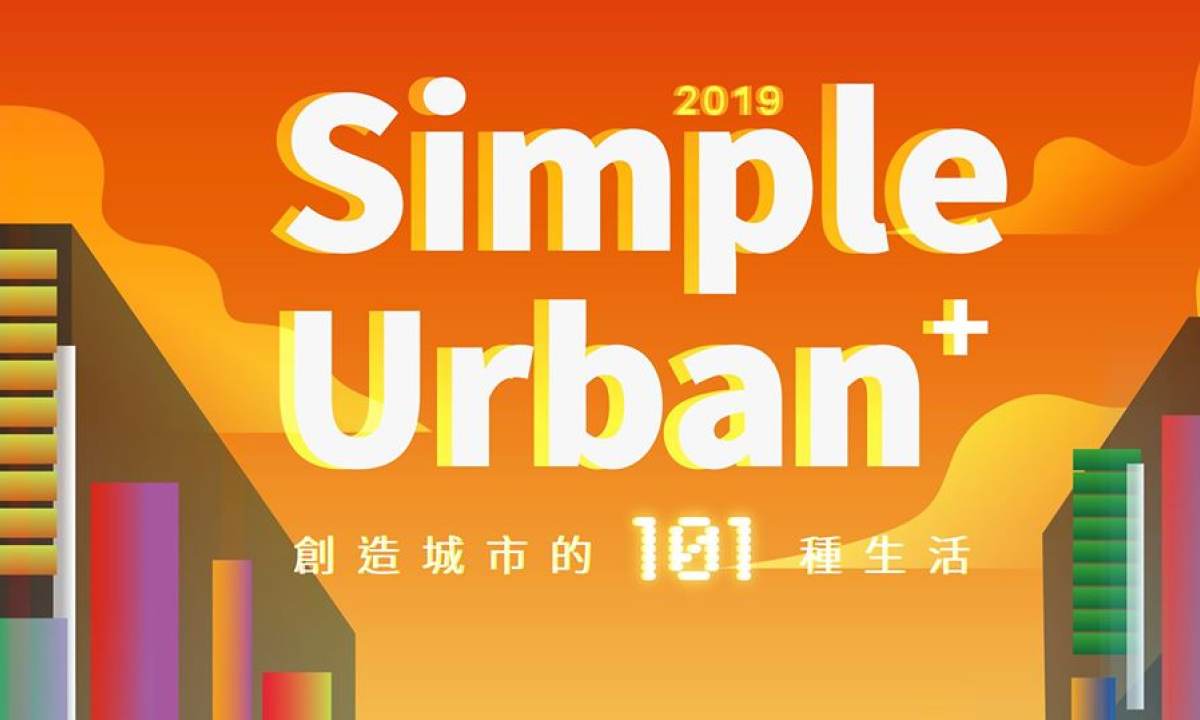 2019 has not been a good year for festival goers in Taiwan, with the two largest music festivals, Megaport and Wake Up Festival both announcing that they would be going into indefinite hiatus. Amid these trying times and dreary outlook for live music lovers, Simple Life Festival has announced that they will once again be returning to Taipei with a nine day event. Aptly named "Simple Urban+", this year's Simple Life Festival will cover two weekends from Nov.30th to Dec 8th, and will see the festival re-locate to the prestigious Xinyi commercial district.

Beginning in 2006, Simple Life Festival has stayed true to their motto of "Do what you like, and make what you like valuable" while seeing the festival grow in both line up and commercial viability. The festival has since toured to other cities such as Taichung and Shanghai in the following years. StreetVoice, the independent music streaming website, who has been organizing Simple Life, also stated with the rise of touring across multiple regions, up and coming artists often see dramatic growth after venturing out to new markets. This was one of the reasons why StreetVoice decided to work with Taipei 101 for this year's Simple Life, hoping to bring more attention to Taiwanese indie music, which has far surpassed its original underground boundaries.

To give audiences a taste of diversity in Taiwanese indie music, Simple Urban+ 2019 will feature more than 60 artists and performers across genres and generations. Local pop legends with indie roots such as Sandee Chan and Waa Wei will be joined by bands Frandé, Crispy, and ‎Fool And Idiot, just to name a few. Another trend that Simple Urban+ wishes to highlight in the Taiwanese indie market is the amazing growth in popularity the broad genre of urban music has enjoyed the past few years; headlining the urban music side of Simple Urban+ will be this year’s Golden Melody winners Leo Wang, Shi Shi, and ØZI, with rising stars Hsien Ching and YELLOW also slated to perform.

Simple Urban+ is also taking into account the nine to five hustle many music lovers have to face, meaning artists and performers won’t be taking to the stage on weekdays until six p.m. Aside from music related activities, Simple Urban+ also has numerous light art installations decorating the festival grounds, and more than 100 lifestyle brands that will take part in the event’s market.