Taipei beatsmith Conehead's latest EP untitled_ is a short but sweet collection of melodic yet head nodding lofi hip-hop instrumentals. Released on August 18th by India's Rayzorbill Records, the five tracks are a testament to the prevalence of boom-bap rhythm and soul-inspired sound pushed by Conehead and all the members of Taiwan's beats and friends collective. As a tight-knit group of beatmakers and hip-hop heads, beats and friends have organized several events in Taipei over the years using the Untitled_ name to classify their enigmatic approach to hip-hop's underground presence in the city. This EP doesn't stray from the beats and friends formula, so it's only fitting that it shares the same simple but recognizable lack of a title as their showcase events. Regarding the name of the project, Conehead said, "Untitled_ is a very important series of events for beats and friends. These leave a deep impression, so in addition to these drafts/loops themselves being untitled... I want to pay tribute to my beats and friends team."

Less than a week after being contacted by Rayzorbill Records, Conehead delved into compiling a handful of beats that display his particular style of production. Describing the lightning fast process of putting together and completing this release Conehead said, "...Rayzorbill Records wants to promote independent creators. They wanted the release to be a mini beattape and then do some visual design for the music. I originally asked them to wait for me and talk about it later next month. They didn't have any problems, but then we chatted again and they asked if I had any beats or a mix that hasn't been released - anything... I had made some drafts and loops for a beats and friends event to present the show. I picked out a few to give to them. The whole team liked the ones I chose, so they decided to release them."

Songs range in length from a sparse but effective minute and 30 seconds to just under three minutes, but each of the beats on untitled_ leave the listener wanting more while still propping the door open for multiple playbacks. The songs are listed as "untitled_1" through "untitled_5," so from the jump it feels like both an experimental and cohesive project. The first two tracks are laced with unintelligible dialogue samples fading in and out while the drums knock hard enough to peak any hip-hop head's interest. Things slow down to chill mode by the middle of the EP on "untitled_3" and "untitled_4," but they pick back up on the closing track, which is the only one to feature vocals. "untitled_5" samples the celebrated 1997 song "Art of Facts" by Artifacts, consisting of MCs Tame One and El Da Sensei. This choice epitomizes the crate digging commitment to underground and old school hip-hop that has come to be expected from beats and friends releases and performances across the board. For Conehead's live show, the raw sample-based tunes really connect with and mirror his production style. "I only used Ableton Live during the production phase. But the material and sounds are from some of my collections over the years, like the resampled sounds and drum breaks I used with my samplers (SP303, SP404, SP-1200); the drum kits and samples I found on the internet, etc."

Available on Rayzorbill Records Bandcamp page, untitled_ shows a brief example of the progression Conehead has gone through since his previous self-released beattape from 2013 entitled 老電影 / Old Cine Film, which also keeps the track duration short, but punches heavily and boasts 17 beats featuring samples inspired by classic Chinese and Taiwanese films, reminiscent of the style on display throughout Onra's classic three-volume Chinoiseries albums. Fans of lofi, boom bap, and underground hip-hop shouldn't miss adding untitled_ to their collection of beattapes released this summer. 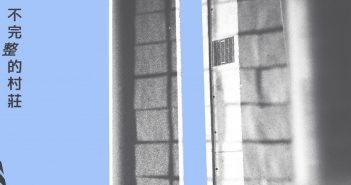 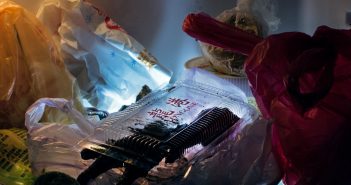