Summer Sonic, often touted as one of Japan's largest music festivals, has entered its twentieth iteration this year. The festival was extended to span three days for the occasion, and Taiwanese artists have once again taken part, with Xiao Bing Chih, 831, and 9m88 each giving well-received performances this year.

First to take to the stage was Xiao Bing Chih. As former lead singer for the popular band Magic Power, Xiao released his first personal album Mortal last year. The album saw him move away from thumping pop tracks that Magic Power was known for, and adopting a soft urban sound infused with elements of electronica, R&B, and rock. Opening his Summer Sonic set with an energetic medley of songs "Trapeze", "Fighting for love" and "Marksman", Xiao was able to incite the crowd and got the audience dancing. The latter part of his set took a more emotive approach, with audience members joining in for an ensemble for the tracks "I still love you" and "Mortal".

The rock band 831 soon hit the stage after Xiao, showcasing their brand of positivity-charged rock music. Formed in 2003, the band has since released five albums over the years. Their set began with some of their most well-known songs, such as "The Hunger Games", "Parched", and "I Don't Want to Change the World", with fans singing and dancing along to the beats of their music. The band expressed their disappointment at not being able to stay for the entirety of the festival due to other work arrangements, as attending Summer Sonic has long been their dream since getting into music.

The third day saw Taiwan's up-and-coming neo-soul sensation 9m88 bedazzle the crowd with her unique blend of jazzy mandarin pop and tracks from her new album Beyond Mediocrity. An alumni of New York's The New School, 9m88 majored in jazz vocals, with legendary musicians such as bassist Reggie Workman and saxophonist Jane Ira Bloom providing her guidance through her training. 9m88's music has incorporated elements of R&B, jazz, hip hop, with an overall tone of a spontaneous yet laid-back urban life. Since her debut track "Weekends With You", which she cooperated on with rapper Leo Wang in 2016, she has swiftly gained popularity through numerous collaborations and features with some of Taiwan's most renowned artists. 9m88 took to the stage with relaxed confidence, relieving on-lookers of some of the sweltering summer heat with tracks such as "Aim High", "Nine Head Hinano" and "Watse Of Time", with the audience swaying and singing along, just like a light summer breeze. 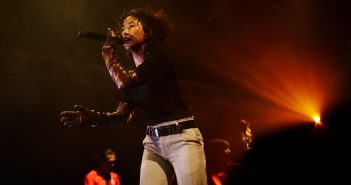 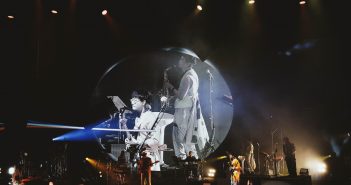 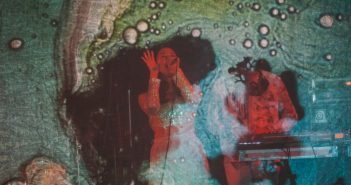