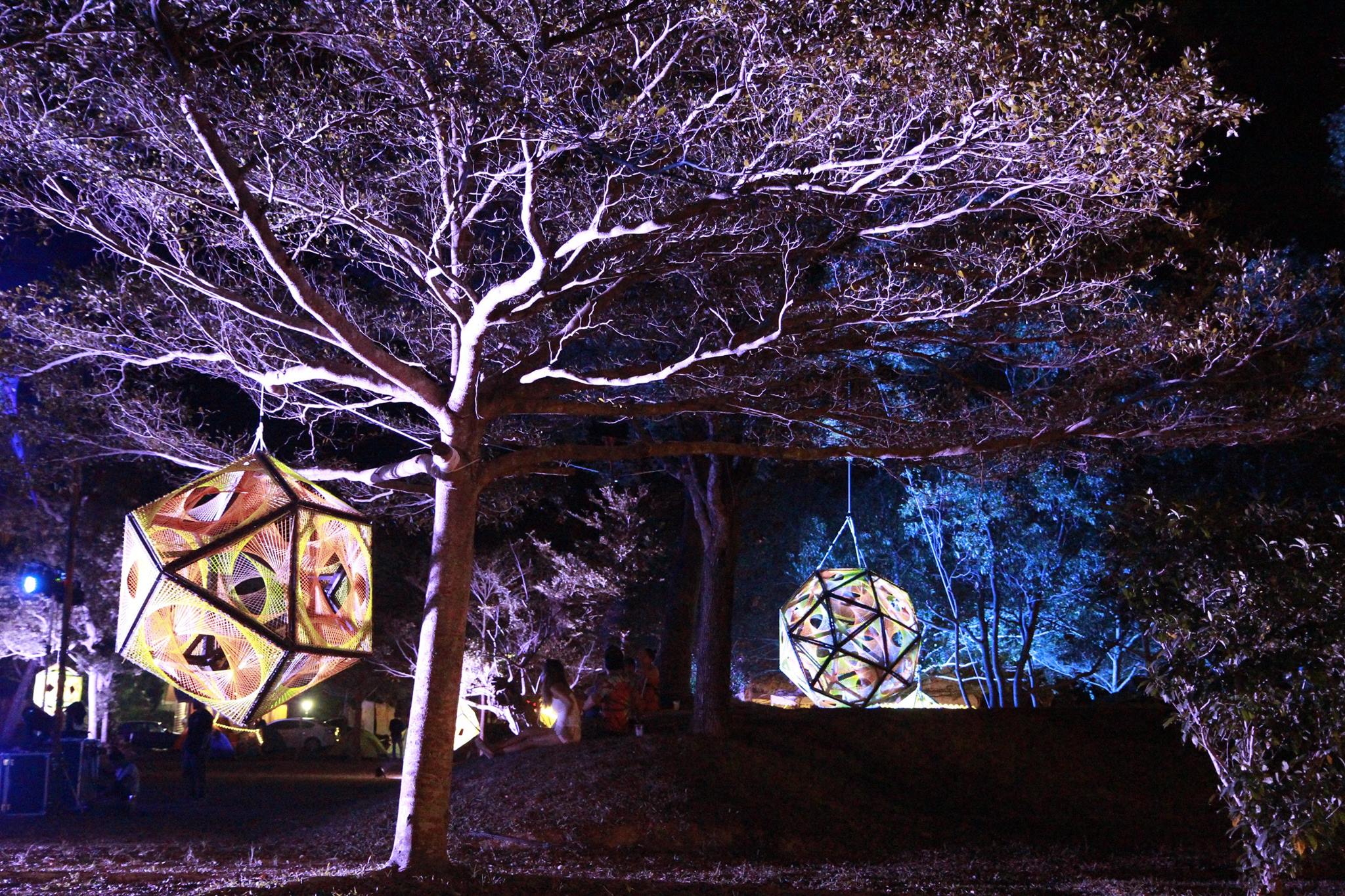 Earthfest Revolutions 2019 Keeps It Fresh After More Than a Decade

After more than a decade of Earthfest Revolutions, many things have changed, but the core values and vibe of the festival remain truly grassroots. This year’s edition will run from Friday May 17 to Sunday May 19, as the festival makes its glorious return to Shuangliantan in Sanyi, Miaoli County. Over 40 DJs on the lineup will be representing the full spectrum of electronic music in Taiwan, with a sprinkle of international talent from Japan and many Taiwan-based foreign producers and DJs in the mix. Changing venues and dates every few years hasn’t stopped the team of artists and volunteers behind the festival from putting on an amazing spectacle of art and music surrounded by nature and building a thriving community of supporters. Around a hundred volunteers keep the gears of Earthfest turning with serious dedication to bringing an authentic and unique festival experience to everyone who attends. From the impressive scale of the stage design, lighting, sound, and art installations to the unbeatable lineup of DJs, Earthfest has the potential to outdo itself this year.

They have a family-friendly and environmentally conscious attitude, which is a testament to how they’ve managed to keep the festival running sustainably for all these years. According to their website: “Earthfest Revolutions is built on the principle of community, centered around Art, Music, and Volunteerism maintaining its independence by refusing any commercial or state sponsorship.” Attendees are encouraged to being reusable cups at the bar. Camping and showers are free, and tent rental is available onsite so making the trek to Sanyi for Earthfest is convenient, and it might just change your life. On a campground with a small lake to one side and a nature path boardwalk to take a break from the 52 hours of music planned to keep your ears happy over the weekend, the location is ideal. Psytrance has an undeniably strong presence in Taiwan that includes a dedicated following and incredibly skilled producers and DJs, like Spike from Cosmic Worm and Barfly, both integral members of the local psytrance community. Earthfest is certainly the main event for this particular brand of electronic music on the island, but to be clear: Earthfest is more than a psytrance festival.

The three stage extravaganza makes room for all varieties and tastes of music, keeping the essence of the festival intact while still making room to grow and explore the possibilities of multi-genre soundscapes. The main stage, or Psychedelic Stage lineup is expected to focus on the psytrance side of things, while the Electronica Stage has a schedule that brings in DJs and producers from across the board, including an afternoon set on Saturday from Taipei-based composer and DJ Dizparity (Dark Paradise Records). His brand of experimental electronic music borrows from jazz, ambient synthesizers, and even indie pop, mixing them all into a blend of delightfully textured sounds. Also slated for the Electronica Stage on Saturday is Lucy Pova, an up and coming force to be reckoned with behind the decks with a versatile style that ranges from drum and bass to deep house. Night Zoo head-honcho and glitch-hop/bass music maestro James Ho has the honor of closing the Electronica Stage on Saturday night and the Psychedelic Stage on Sunday, which guarantees something special for both sets.

A few of the DJs will play multiple sets, including James Ho, Earthfest regular Kuleflux from South Africa with world beat and swing mixed to perfection with overtones of psychedelic bass heavy beats, NZEN7 will be playing main stage to debut his psy-fi musical journey and another set under his other moniker Dub Go Bog É at the chill tent, Shwamp (Mindspring Music), Barfly, and DJ Wieland (Hammer of God) with his analog synthesizer project Acid Witch 愛死女巫 featuring two other members are playing on Friday. That gives fans a chance to see something different from the same DJ, or catch a set from an artist they missed while having too much fun at another stage.

It wouldn’t be Earthfest without the lineup including DJs from abroad. This year brings a handful of Japanese psytrance artists from Grasshopper Records, including Disc Junkey, Samulive, Hippie Hoppers, and Erimiya, among others like Ozora main stage artists
Hatta and Majiide Live. Earthfest 2019 also marks the return of DJ Taku, (organizer of Green Magic in Tokyo) who played the festival back in 2017. He will be laying down some exclusive progressive psytrance tunes on Sunday for the Psychedelic Stage at sunset. In the spirit of collaboration, around 40 visual artists have worked together to create a world of mind-bending interactive art installations, folksy hand-painted signs, and a Bedouin-style stretch tent chillout zone called the Night Owl Stage that offers workshops and activities like yoga, hand drumming, art classes, and poetry. Expanding on former year’s chill out stages, the Night Owl Stage has a stellar lineup, including Barfly playing chill out music a couple hours after his Saturday night set on the main stage, followed by French producer and psy-glitch mastermind Shwamp bringing Sunday morning to a close before the sunrise.

The three high-fidelity speaker systems are bringing a whopping 50,000 watts of sound to Earthfest. That amount of bass will ensure a musical atmosphere for the mainstay crowd that lives for the feeling of a crowded psytrance dance floor (and working themselves into a frenzy over the old stand by 145-148 BPM hypnotic rhythm and psychedelic experimental tunes) and first timers who are curious to see how it feels to be part of something as out there as Earthfest. Customizing the sound is just as important as customizing the experience of going to a music festival, and Earthfest has a special way of designing the stages and art installations in a way that brings people coming back for more. A week of building onsite will commence prior to the gate opening, and lots of creative work goes into each detail of the festival before the first DJ even touches their decks. Get ready for something special to happen when Earthfest Revolutions happens!