Taiwanese artists Jia Jia, Amuyi, and Sonia Calico will be performing at the Taiwan Beats event in MIDEM on the 5th and 7th of June. The event seeks to illustrate the diversity and energy of modern Taiwanese music, with the three artists bringing their unique backgrounds and creativity to Cannes.

Of the three artists set to perform this year, Sonia Calico might be the most well known internationally, with various high profile performances under her belt, she has performed at events such as Sónar Hong Kong and SXSW. Perhaps one of the most diverse electronic music producers Taiwan currently has to offer, her extensive discography includes genres from Trap to Breakbeat. She started out in the Taiwanese music scene playing the guitar and synthesizer for Go Chic, which soon became immensely popular with both local and international audiences. Later deciding to pursue an even edgier and underground sound, she went on to launch her solo career under the moniker Sonia Calico.

Jia Jia, the second artist performing at this year’s Taiwan Beats at MIDEM, definitely comes from a more traditional record industry background, which harkens back to the glory days of Taiwanese Mando-pop in the late 90s and early 2000s. With her moody and sonorous voice, most of her tracks carry a melancholy vibe that sinks in for the listener. She has seen a gradual rise to popularity over the past few years locally. Making her musical debut as Mayday’s opening act in 2011, she has gone on to release three studio albums and a live album, gaining several Golden Melody nominations over the years. Following in the footsteps of other indigenous divas such as aMEI, her music definitely carries more emotional range. With most music being produced in the heyday of Mando-pop still highly regarded in Mandarin sparking regions, Jia Jia’s work encompasses the catchy lyrics and high production values of the era.

Being the youngest of the trio of female performers showcased at MIDEM this year, Amuyi could perhaps be described as the adventurous pop artist. With her current discography ranging from Mando-pop to soul, and even EDM, she has definitely been willing to push the bounds of her creative choices musically. Her voice has been sometimes categorized as having a soulful flavor to it, which is not too common in the broader Mando-pop market. She made musical debut in 2013, with the debut album gaining a nomination for Best New Artist at the Golden Melody Awards. Deciding to put her academic interests before her music career, Amuyi went on hiatus for the next few years, which saw her not releasing any new music until 2017. Amuyi’s latest album Dear Myself, also saw the inclusion of future EDM elements, further signaling the continued strides Taiwanese pop is making reach a wider international audience.

The Ministry of Culture has been sending an official delegation to MIDEM since 2012, expanding in both depth and scope each year. This year’s delegation including not only music industry professionals, but also those involved in culture, tech, and fashion. The Taiwanese delegation has seen considerable success and publicity since 2012, having also brought some of the most popular musical acts from Taiwan, such as Mayday, Joiln Tsai, A-lin, and Waa Wei to play at MIDEM.

Those interested in seeing a glimpse of the diversity and creativeness of Taiwan’s music industry can do so on the 5th and 7th of June, for further information of the Taiwan Beats performances, please visit: https://www.facebook.com/gca3nt/ 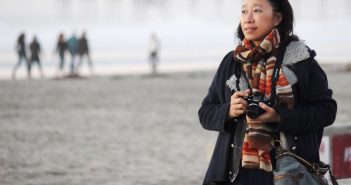