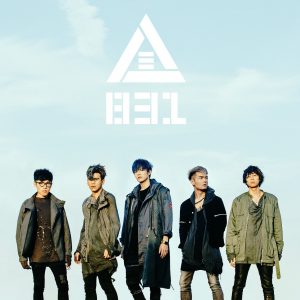 “Music that makes you want to dance” --- Often referred as being the most prominent punk band in Taiwan, 831 are more than just a few playful musicians. Even though they have made the move from indie to mainstream, their music has always remained edgy, combining elements of rock, dance music and metal, with lyrical themes ranging from sentimental to optimism.

831 have credited bands such as Linkin Park and Metallica being influential to their music. The band is currently comprised of singer/guitarist Up Lee, keyboardist Orange Yang, guitarist Alec Liu, bassist Sky Deng, and drummer Dan Tsai.
Currently they have released four studio albums and one compilation album, with most of their hits being power ballads and sentimental love songs. Some of these hits were also used as theme songs for TV dramas, which also helped the band achieve further popularity, and endorsement opportunities with video games. If one were to look at the band’s popularity through online plays, they currently have three songs on Spotify that have exceeded 600,000 plays. On YouTube, they also have a handful of songs that have reached more than 20 million plays, with their disco track "Doncha", and the love song "Why I Cried" being the most popular.

Many credit the band’s popularity to singer Up Lee’s dynamic range, being able to conformably work with different genres ranging from rock, R&B, to rap. Liu’s guitar chords and Yang’s fluent keyboard work also greatly contribute to making their music more rhythmic and danceable. Even though most of the band’s tracks are positive power ballads, they have not relegated themselves to just writing sweet and harmless music. Liu’s love for heavy metal and rap has helped the band throughout composing, with tracks such as "The Hunger Games" incorporating classical organs and heavy metal chords. Tracks such as "Monster", saw the band sample Akira Ifukube’s classic Kaiju theme, while the song "Young Guns" had the band work with the pentatonic scale for a beautiful dance track.

Frontman Lee’s lyrics are often at the center of discussion between fans, with many of their popular tracks being inspired by popular culture, such as “Iron Man”, “The Hunger Games”, and “The Runaway”. Not only do these tracks feature eye grabbing titles, their lyrical themes also gravitate toward social commentary, something not often seen in the Taiwanese music industry.

The Band’s name actually comes from the day they were formed, August 31st 2003, which is traditionally the last day of summer vacation for students in Taiwan. They proceeded to continue with their college education, while at the same time playing shows and festivals all around Taiwan. 831 made their first big break in 2007’s Ho-hai-yan Rock Festival, which saw them become one of the finalists’ in the festival’s awards. The experience gave the band members more confidence to peruse their passion in music as a full-time career. One of Taiwan’s most iconic rock bands --- Mayday, were impressed by their potential and thus invited 831 to be billed as the opening act for both local and international shows. This propelled 831 immediately, bringing in many opportunities for the band, including writing a promotional track for the renowned local street wear brand StayReal.

Mayday’s self-owned record label B'in Music eventually signed 831 in 2012, which saw the band receive a slot in 2013’s CMJ music marathon in New York. The band went on to be signed to one of the most renowned labels in Taiwan, Rock Records in 2014. With the support of a major label, 831 released their fourth studio album The Great Escape, which included some of their most popular tracks to date: “Iron Man” and “Yoleh”. Fresh off their success in 2014, the band envisioned an innovative touring technique to further promote their music the following year. In 2015 the band embarked on their Yoleh Fever Bus Live Tour, which saw 831 using a mobile-truck based performance platform, which gave them the opportunity to perform at locations such as large road intersections and freeway rest areas.

From 831’s humble beginnings, playing shows at their college’s sports field, to packing the largest arenas in Taipei and Kaohsiung with 20,000 fans in 2018, the band has truly become one of Taiwan’s most iconic bands. The band released their first greatest hits album The Great Nobody earlier this year, with two new tracks and 16 of their most popular songs being mastered by the legendary audio engineer Brad Blackwood (Maroon 5、Black Eyed Peas、Backstreet Boys). The greatest hits album not only seeks to introduce the band’s best tracks to new listeners, but also saw these tracks remastered for enhanced audio fidelity. 2019 also proves to be the band’s most ambitious yet, with a new tour that covers most of East Asia, to an appearance at one of Japan’s largest music festivals --- Summer Sonic, 831 wants to introduce Taiwan’s best power ballads and pop punk to the world.