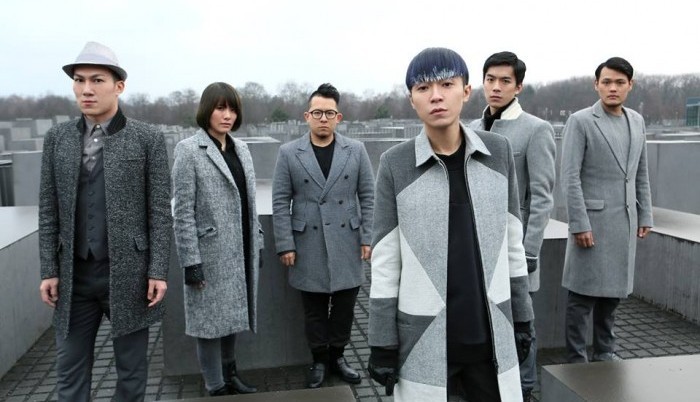 Sodagreen came back from Berlin with new album "Winter Endless" Sodagreen（蘇打綠）launched the “Vivaldi Project”（韋瓦第計畫）in 2009.  They have released the albums of spring, summer and autumn within the past six years and now winter is finally coming.  Sodagreen announced surprisingly that their 10th album will be“Winter Endless”（冬 未了）and they released “Everyone” on the morning of Sep 15th, which is a song written by Wei（小威）the drummer to Greeny（青峰）the lead vocalist.

“Everyone” is the first English song composed by Sodagreen which raises the curtain of the upcoming “Winter Album”.  Unlike the composing style Sodagreen used to have, “Everyone” uses string music as the beginning of the song and then adds in the elements of electric guitar, drum and bass.  This is a love song Wei wrote to Greeny a few years ago, conveying his care and love for him.  Wei says “The song goes from individuals to groups, and the starting point is all about ‘love’.  We hope to pass the love to Everyone with this song.”  Greeny laughs and says “This is the song that is the easiest to sing in the whole album.”  Upon hearing this, we’re looking forward to the release of other songs in the new album even more.

The music video of “Everyone” was shot in Berlin, Germany so it includes many famous landmarks such as the Berlin TV Tower built by East Germany during the Cold War, the Oberbaum Bridge next to Berlin Wall and Bode-Museum and Berliner Domon Museum Island.  They also asked Born（李柏恩）, who was nominated for Best Music Video at the 26th Golden Melody Awards & Festival（金曲獎）to be the director of the music video.