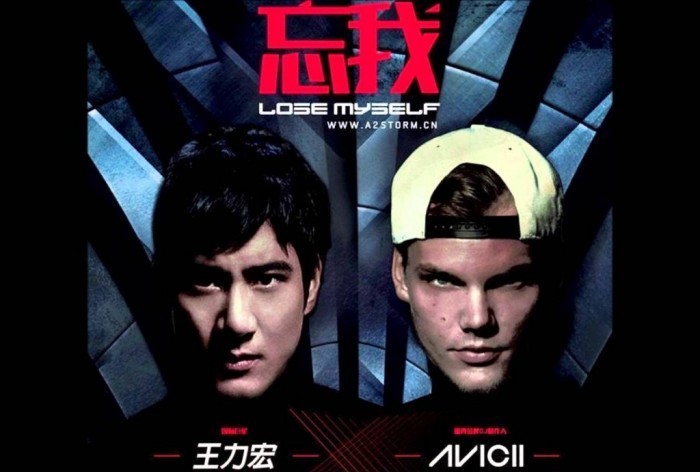 What does music have to do with producers? Beginning with Wang Leehom’s ‘Lose Myself’（2） But what exactly do producers do Just like film directors, simply said: They plan out an artist’s work, polishing it into a marketable product that still holds the uniqueness of the artist.

Usually after producers take demos from artists, they will first communicate with the artists and then begin to make changes. If it is a band, they will talk to them about the specifications of arrangement, and capture their best side within the recording studio. If it is a single artist, other than communicating with them beforehand, they are also in charge of finding suitable musicians to put the whole work together.

Overseas there are many singer-songwriters such as Paul Simon, Bob Dylan, John Lennon, U2, Linkin Park, 50 Cent, Madonna, Lady Gaga…no matter how successful they are, when they are making their own albums,  they always have a producer controlling it. Because Western musicians are good at knowing their limits, and wish to use producers to monitor themselves, even hoping to use the producer’s uniqueness to change their own music. Like Madonna, she is especially adapt at borrowing from producer’s styles to strengthen her weaknesses.

Often when dealing with music, it is inevitable that singer-songwriters will focus on themselves and neglect certain commercial elements. Such as when Depeche Mode was producing  “Enjoy the Silence’, the original demo was a slow song, but producer Flood and band leader Alan Wilder felt that it was a hot song and turned the original theme on its head, turning it into a light and fast EDM song, which became the version that everyone hears today. At the same time it was also because of this work that pushed Depeche Mode into their status as a big band.

And some other producers have their own focused signature style, which artists wish to borrow from in order to increase the versatility of their music. Madonna is the best at using this method; pretty much every single one of her albums uses a different producer, seeking nutrients from each of them and adding her own strong personal flavour to her works.

Other than these, producers also take on the role of psychologist and conflict resolvers. Especially with bands, there are many conflicts in paths of practice. When U2 was producing “Achtung Baby”, because all the members had different ideas, lead singer Bono and guitarist The Edge wanted to pioneer new vocal sounds, nearing the direction of industrialised noise such as Techno, EDM and Hip Hop. However, bass player Adam and drummer Larry wanted to work on performance technique, leading to each of them doing what they wished and causing U2 to almost decide to take their separate paths. Luckily their producer Daniel Lanois acted as a mediator and pulled U2 back together, creating today’s classic “Achtung Baby”.

◎If everyone was able to “Lose Myself” a bit?... First starting with Wang Leehom and famous DJ/Producer Avicii’s collaboration. Tn terms of music Leehom has always had a sense of what he wants, but being able to ask for help in areas where he is unfamiliar is in itself a professional attitude to take. Especially since Avicii participated in Coldplay’s single “A Sky Full of Stars” which was critically acclaimed in all aspects, of course the wider world had high hopes for his collaboration with Leehom.

At the end, “Lose Myself ”（忘我）, the new single anticipated by thousands was released; Leehom and Avicii had both put their best foot forward. But it was a pity that after putting their best elements into it, it seemed like both had just gone about doing their own thing, without actually connecting these two things. Spending so much on a music video where the two of them never even appeared on screen at the same time caused this notion of ‘I do my thing and you do yours’ to be even more obvious.

Honestly if you unpack everything, the both of them didn’t do poorly at all. But once put together it causes people to feel like they were collaborating just for the sake of collaboration, much like the newest “Transformers” movie where the obviously went to Hong Kong to borrow the scenery, but just because of some reasons had to create a Hong Kong street within America, causing it to become fragmented. Although “Forget me” was not that bad, but it was clear that both Leehom and Avicii didn’t get the point and looked at the entire song in too close detail. The heart was there, but the fact that it wasn’t effective was a pity.

But Wang Leehom being able to take the first step by letting go of himself is already much better than many Chinese musicians and artists. If this time one was able to let Avicii create the skeleton of the song, with Leehom writing the melody or if after Leehom did his part well, left it to Avicii to add in his part, it would be like after Primal Scream finished recording and left their tapes to Andrew Weathrall, The Orb, David Holes to add work onto it. I believe that this kind of collaboration conclusion would be better.

I previously asked producer HowieB about the production process of U2’s album: “When recording, do you listen to U2 or does U2 listen to you?” because U2 pays money to invite the producer to help them,  and so it makes sense since U2 is the boss. HowieB said : “Of course U2 listens to me, if not what am I here for!” If one day our artists were all able to “lose myself” a little, I believe that we would be able to create more fine, complete works.

What does music have to do with producers? Beginning with Wang Leehom’s ‘Lose Myself’（1）
See More