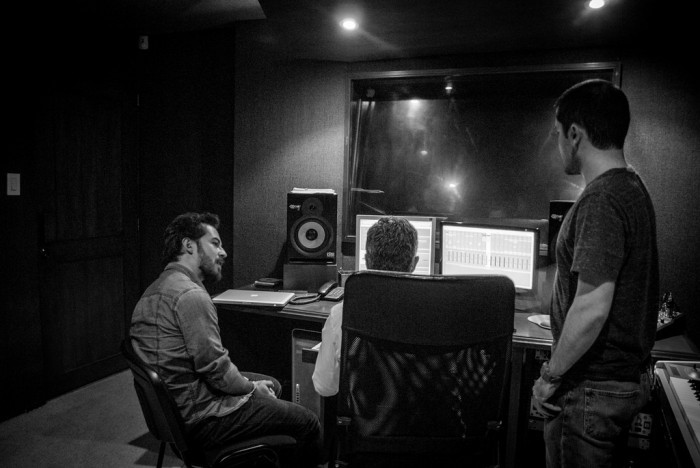 What does music have to do with producers? Beginning with Wang Leehom’s ‘Lose Myself’（1） Music has always been something subjective that cannot be felt or seen. Being good or not good depends on the person, and pop music represents a widespread resonance of that music . Although everyone may be moved by it in different ways, once music is converted into numbers, it means that this music on the market has succeeded.

On my third day on the job, Jonathan Lee（李宗盛） said something to me: “Writing a song that can move ten people is easy, moving a hundred people is also no mean feat, but with every zero you add to that figure, the difficulty likewise increases. 10,000 is a harder task, let alone one million people.” Creativity in itself is a pure act, first of all you have to move yourself, in order to move others. Especially as a singer-songwriter, before a song reaches the market it is a work of art. But once it enters the record company, iTunes store, Spotify, KKBox, YouTube and other platforms, sorry but it has already become a product and needs to stand the tests of the market.

Last year, a British music magazine “Q” wrote on a topic that caught many eyeballs, the theme was “Once an artist shows these ten signs, it means that they’re in their decline phase”. One of these ten signs reads as such: “When artists want to be their own producer, that means you can prepare to stop listening to their music”.

I went through my own album collection, and truly within ten artists, there were eight whose music quality started declining after they took control of their own music; sometimes once the artist starts to produce their own albums I stop following them. And this unique characteristic within Chinese music circles is one that occurs often. Singer-songwriters especially love being their own producers.

Is there a problem with being your own producer? Of course there’s no problem, you just have to persuade your boss to let you be it, right? But most of the time the bosses will just let them do it.

So why is this the case? Because a large proportion of singer-songwriters create demos before they release their own albums, sending them to all kinds of big record companies to try their luck. Oftentimes, after being given to the boss or A & R, 99% of these songs are given to other singers to sing. And after that if you’re lucky and your works sell well, the next step would be having the chance to release your own album.

And within Chinese music circles artists usually don’t like having people instructing them when they are making music. It is especially the singer-songwriters who will have their own ideas, and their first request is for others to leave them alone. They will do what they like; anyway after they’ve finished recording the tape will be ready. So you will realise that certain creative artists’ album quality starts going downhill after two albums, begin to sound repetitive. Perhaps they wish to do a few changes, such as those who are centred in rock suddenly decide to add a bit of EDM  and spend lonely days in the recording studio working hard; however usually this strength does not come from their heart.

Singer-songwriters who are truly able to understand the art of production-in the long time that I’ve been in this industry, I’ve really only met enough to count on both my hands. Of course sometimes they understand but their bosses don’t understand, with bosses thinking why should I spend more to get a producer to come? You can do it yourself, why don’t I spend this money elsewhere? And in my lifetime the number of record company bosses I’ve met who understand this-sorry, but I can count them all out on one hand.

What does music have to do with producers? Beginning with Wang Leehom’s ‘Lose Myself’（2）
See More