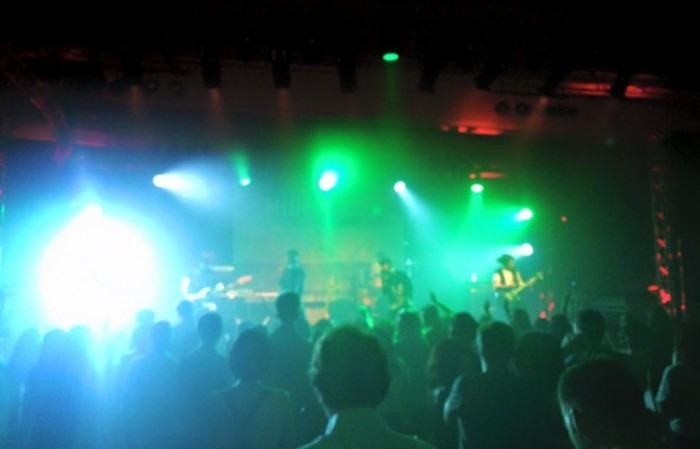 Magic Power, Miss Ko and My Skin Against Your Skin Captured Young Fans’ Heart at Midem in Cannes Series of Taiwan Beats events, presented by Taiwan Bureau of Audiovisual and Music Industry Development of MOC, and organized by GCA Entertainment, had another year of success. On June 7th, Taiwan Beats Press Conference at the Taiwan Pavilion began with Ambassador Michel Ching-long Lu’s (Taiwan Minitrsy of Foreign Affairs) famous puppet show, inviting all guests to join the showcase later in the evening. This year’s talents include Miss Ko, the winner of 24th Golden Melody Awards Best New Artist, My Skin Against Your Skin and Magic Power, the nominees of Golden Melody Awards Best Band. At 20:00, Taiwan Beats Showcase put on a show and demonstrated their musical talents and stage charisma. The first act was the rare Mandarin female rapper, Miss Ko, who stepped on the stage with fans screaming her name. In her self-written rhymes in both Mandarin and English, she showcased her award-winning jazzy hip-hop tunes. Her talkative, naughty personality also gave the crowds a very interactive feedback. My Skin Against Your Skin（激膚）

The next act was My Skin Against Your Skin, the entire atmosphere changed from hip-hop to their heavy electronic rock. Even though it’s a duo band, but it’s mind bottling electronic music plus lead vocal Andrea’s energetic body movements, it was difficult for the crowds not to jump and dance around. The finale was what most of the crowds were waiting for, Magic Power, the six-member EDM band consists of DJ, duo vocalists, bass, guitar and drum. Being looked at by the Asian media as the future successor of super band Mayday, their first song immediately elevated everyone’s emotion, proving that they are no doubt the stadium-caliber type of super band. It was a nonstop mix, singing their most popular hits: Fighting for Love, Get Out, Shameless, secret…etc. The most amazing moment was to witness French fans holding up self-written posters and name cards cheering and singing along with their idols. Magic Power interacted with their young French fans with some really basic French, and taught everyone in the crowds how to say basic phrases in Chinese.

Band leader KaiKai joked about how he wants to experience “French kiss” since it’s his first time in France. The female fans went crazy when he asked for someone to fulfill his dream on the stage, but the naughty KaiKai pulled a tall muscular boy up on the stage. The crowds certainly enjoyed his silly joke, and KaiKai gave the fan a big hug without the actual “French kiss.” The night ended with everyone in the audiences doing the signature Marksman dance.

This year’s three groups not only have their own creativity and musical style, but also are all GMA-nominated artists. Demonstrating that the Golden Melody Awards is where you will find the best Mandarin music, and certainly serves as the quickest route to fame for newcomers.