Taiwanese hip hop has always been abundant and various in quality and style, and it is a known fact that as a democratic country, Taiwan enjoys the freedom of speech, which allows all artists to express their thoughts with full artistic freedom. This specific characteristic nurtures individuals to grow into unique artists to create. And the songs in this playlist will show the diversity and excellence of Taiwanese hip hop music.

The playlist is at the end of the article.

Temporarily disbanded, all three members of MJ116--the most popular rap group in Taiwan--decided to part ways do their own things. Kenzy was the first to drop his EP, and now it's E.SO's turn. It is safe to say that his solo album is highly-anticipated for the vinyl pre-order exceeded 7,000 copies with no information provided. As the front man of the group, E.SO has not only a pretty face but also highly skilled with his pen game. Finally, his long-awaited album Outta Body is set to drop, and the lead single "CHANGE" is a bit different from his previous work. No fancy wordplays or hardcore swagger, E.SO held his own with more singing/melodic rap in this chill vibe instrumental provided by Tipsy and French producer BlackDoe. I'm sure many can't wait to see how he handles the rest of the album when it releases in July.

Professor H has been in the game for a minute. As one of the significant member of Kung Fu Entertainment, he has a rather impressive resume. He had participated and won a cappella rap battles, written rap lyrics for others, wrote a book to teach how to rap, and now, he is starting his own online course. This song "Rap Game" sums up what obstacles beginners would meet, and ways to overcome them to be good in rapping. It is a very good guideline for those who are interested in learning more about rap. And the music video really incorporates the theme of game in it. Professor H can be seen role-playing different identities as he leads the audience through different stages. Knowledge is power.

Outlander - "Show Me What You Got"

Outlander is not your typical rapper in Taiwan. In fact, he is known as a YouTuber that tells jokes and a street dancer that raps. And because of his rapping and dancing skills, he is unique among all the YouTubers, and earns a strong following for what he does. In his new song "Show Me What You Got", Outlander not only does it as a campaign for a crossover collaboration between PONY sneakers and TNT streetwear. Musically, he steps out of his comfort zone and makes a new-wave/trap rap, the flow is arranged differently in comparison to his previous works. Also, he sings his own chorus. And of course, he takes advantage of the feel-good vibe and choreographed very dope dance moves in the music video. If you're into hip hop that is fun, this is highly recommended.

Based in Kaohsiung, KE is one of the few rappers that still focuses on the art of rap--good content, rhyme schemes, wordplays, all those good stuff. Known for his freestyle ability and Mandarin-Taiwanese bilingual rhymes, KE might not be chart-topping with massive hits, but the independent MC is constantly putting out quality music repping his hometown. In "Real Talk", reassures his determination to make it without compromising his art. The song has only one verse, and KE switches up between Mandarin and Taiwanese fluently. If you're struggling on your way up, then you should be able to feel his words.

The debate for authenticity in hip hop has never stopped; it is ongoing, never-ending. And LC has always been a real one—staying true to his street roots, rap about the streets and for the streets. Growing up as a troubled adolescent, LC found hip hop, which helped him out of the dark street life before it was too late. From his early mixtape We Rap Good, he was committed to the boom bap sound, and had been doing it ever since. One interesting element of this new single is that LC attempts to bring a little bit of singing into the chorus, it is something he hasn't tried in his previous works, and the result is surprisingly effective.

Bu$Y & Ye!!ow, and Paper Jim represent their squad Shadow Project from Kaohsiung. They have been making a lot of noise by constantly dropping quality tunes. Being recommended by industry heavyweights like Nickthereal and J.Sheon, their future is definitely looking bright. In "Buy Buy Buy" they do what they are very good at, sweet, melodic, KPop-esque raps. The chemistry among the three is undeniable as they trade verses. It is something the radio would love to play, very catchy, easy-listening.

This is the second time for Cocky Boyz to collaborate with their label mate EO, and the feature definitely brings more attention to the single because of his charisma and the fame of his group 911. Ainoko Entertainment is Taichung based, and most of their artists share the characteristic of localness, and it is easy to tell the "Tai" element in many of their musical works. The name of the song "Lo San G" itself is a pun, for Los Angeles is pronounced this way in Mandarin, but the pronounciation of these Chinese characters can be interpreted as "weak wild roosters". They rap mostly in Mandarin with Taiwanese accent and Taiwanese, while the lyrical content is mostly about balling out in Los Angeles, the verse by OG CEO is specifically interesting, for he compares his life experiences from growing up in Yilan to the American way. And the retro visual of the music video also brings nostalgia to the audience. "Lo San G" certainly provides very interesting details to see how hip hop localizes in Taiwan.

Other songs worth noting: 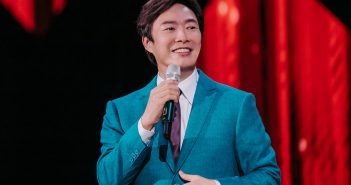 Keep Up with the Hype: The Hottest Taiwanese Hip-Hop Joints