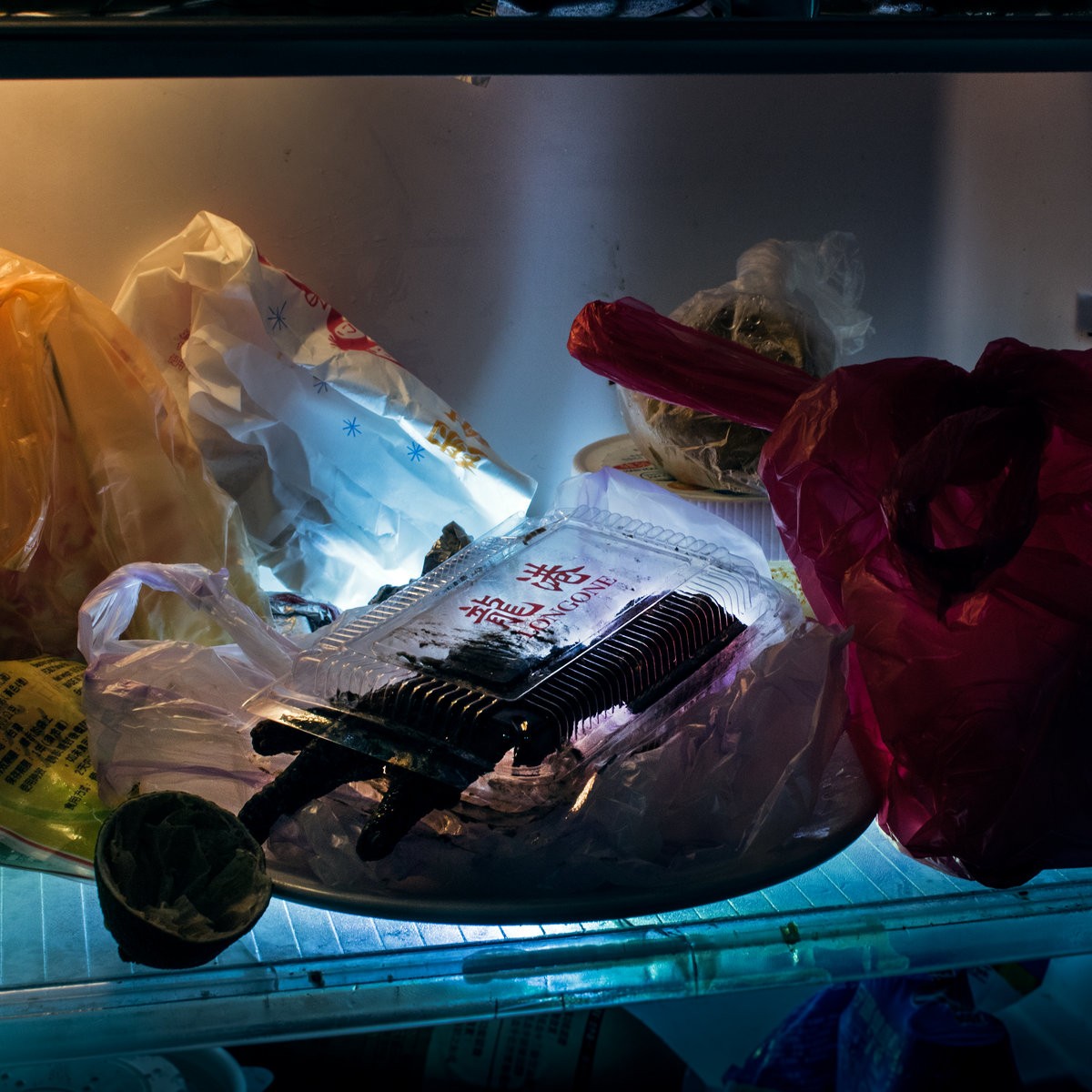 Longone is a collaborative album written and performed by Taiwan-born Canadian no wave/noise/ambient impresario Alex Zhang Hungtai (the prolific solo artist and also the man behind the cinematically-influenced and utterly indefinable sonic artistry of Dirty Beaches) and Sunset Rollercoaster lead vocalist/guitarist Tseng Kuo-hung.
It is, to put it in such a way that would hopefully do the recording justice, a cinematic, psychedelic sound trip through the scenes of some auteur arthouse hellscape that doesn't yet exist, the kind of music that slogs you through Lynchian landscapes, past the red-drenched underworld imagery of Nicholas Winding Refn, on to the dreamy realms of Wong Kar-wai or Tarkovsky.

This is musical world building at its finest; the soundtrack to the great dystopia that has become our lives in the age of new plagues and Old-World diseases.

The long play opens with "Virgil," a droning track that comes on with the fluttering synths of retro synthwave tones that Sunset Rollercoaster have become famed for in their funky, psych-laden take on adult contemporary tuneage. A somewhat primitive, tribal beat builds beneath the densely-layered thrum to create an unnerving atmosphere, evoking the moment of discovery and terrible fear of a waking coma.

The track builds to a deep bass line that emerges midway through the ten-minute dirge, a mix of Sunn O))) and the reverberating, innovative and atmospheric krautrock of Taiwanese contemporaries Scattered Purgatory. It's unsettling, that beat, and the cacophonous, dissonant overlay. It's life, humanity itself, being reborn into a strange new realm, where the heart beats anew within the confines of an unfamiliar psychic shell.

Next comes "Scrambled Egg," which builds on what sounds like tubular bells and some start-and-stop syncopation, to go along with a bit of Film Noir saxophone whinnying. The crash of a cymbal sounds and the sinister sax wails on. If Lester Bangs could hear this he'd heap praise just as he did for Lou Reed's Metal Machine Music, and rightly so. The song evokes a David Lynch scene or something from Fincher—rainy nights, dark streets, and unseen menace lurking in the shadows whether real, metaphorical, or living in the ebony depths of the psyche.

Then there is the brief flash of light that is "Styx," a futuristic synth-laden interlude lifted from some dystopian take on an AI future, dulcet tones full of promise and—dare to believe—hope…

That is quickly dashed by the next in line, "Acalanatha," a Jodorowsky-like take on the industrial machinations of a strange, unfamiliar new world, grinding and gnashing against one another amid the wail of synthetic souls. The brightness of "Styx" is banished and forgotten within the death-grip of this fever dream of doubt and fear, the soundtrack to the digital dissemination of mental illness through the hypoconnective dread of the 5G ether.

It's a fast descent into madness after an all-too-brief glimpse of the sun, worth noting that Acalanatha is a Buddhist deity who serves practitioners by defeating all devils and obstacles that put halt to Buddhist practice. Perhaps a nod to the pain and sacrifice that must be endured in the mind and body of the exile who would be enlightened—the seeker who goes in search of the light in the nebulous dark and inflicts pain on both the self and, indirectly, anyone who comes in contact.

From the depths Zhang and Tseng seem to come up for air once more with "Ten Swords," which takes on the feeling of a march with its more measured sense of rhythm; a stark juxtaposition to the ominous, dissonant nature and randomized fury of "Acalanatha." In Tarot Readings, the Ten of Swords is a card which shows a man lying face down dead, ten swords sticking out of his back. A red cape is draped over his lower half, a last dignity paid to the departed for his final trip to the next realm. Above the sky is dark, but on the horizon there is the rising sun, alluding to a renewed sense of hope.

And finally comes the penultimate track, "Broken Gate," a song that comes on like a futuristic hymn to the battered and broken. A tribute not for those who have been through hell in the euphemistic sense, but for those who have seen the fires with their own eyes and felt the odiferous tendrils of burning brimstone worm their way from nose to lung.
Thus concludes this journey from nightmare to dream and back, Zhang and Tseng's soaring vision of Aphex Twin melded with an underworld version of Tangerine Dream, mixed with the haunted spirituality of a netherworld Popol Vuh and Black One-era Sunn O))).

Longone shows precisely why Zhang has won himself the sort of loyal underground support, flirting with the main veins of the hipster mainframe, within and without the myriad places the wandering working class experimentalist has called home over the past 15 years. This collaboration has brought out the best in the dark side of Tseng, too, stretching his creativity and undeniable talent to places Sunset Rollercoaster fans may never have believed possible.

If the two never collaborated again we could be happy, in a melancholic sense, with having this to remember the entity they became for this brief moment in time. As in the wordless story they've created, maybe as a pairing they, like the unnamed protagonists of this cinematic score, will be "Long Gone," at least in this rare form. If this is the case, it was a fine beginning, and at once a fitting end.