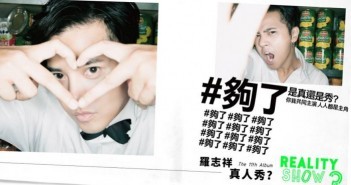 After two years, Show Lo is back to the singing stage, with his 11th album “Reality Show?” being released on Nov 20th. The first single “Let Go” is a song written by Show Lo, which wishes to use the power of music to fight against cyberbully.