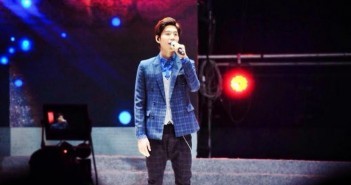 2015-08-27 0 Interview with Peter Pan〈潘裕文〉／I have no time to complain; I can only keep moving forward.

This article was written before Peter’s concert at Legacy this March. At that time, the news were all about Peter, reporting that he was going to sing his “last song” at this concert. Thus, Jamie was prepared to bombard him with questions he’ve had since Peter joined the One Million Star during the interview.