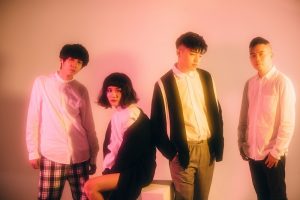 ZANI, a pop-rock band from Taipei, stands out with an unique sound of their music -- combining different music styles and techniques, and catchy lyrics and melody into their songs. Listeners describe ZANI's music as "a contrasting combination of cold-violence (their music and powerful live performance) and sweetness (the voice of their vocalist)". The band released their first EP Half Heart in November, 2017, and quickly attracted attention in Taiwan's indie and pop music industry. In 2018, ZANI won the champion and Best Popularity Award from Team Ear Music Competition, performing on Wake Up Festival and Super Slippa, and have recently been on their own tour "Broken Series 18'".