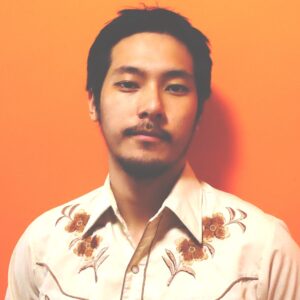 Yufu is a psychedelic soul singer/songwriter. He finds himself drifting in different worlds and perhaps even different times. While perspectives crash and paradoxes formed, only through creating music would it all make sense. Inspired by the early 1970s music scores and soul sound, Yufu’s music is soulful, cinematic and heavily dramatic. Prior to his solo project, Yufu formed several psychedelic rock bands in Taiwan and the psychedelic experience would later lead him to a more sensational approach for his music composing. His EP To My Penpal was released on June 2021.