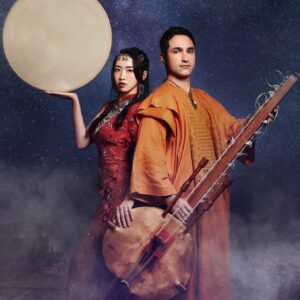 YK band is an international performing group formed by Yerko Lorca from Spain, and Kuan Yin from Taiwan. The two met in Barcelona through music and decided to found YK Band in 2015. The Tartessian lyre (from the 10th century BC), the kora (the traditional harp of West African Griots), the tar, and the chant are all used by the duo. The Tartessian lyre is an extinct instrument that has been re-engraved by Yerko according to the three- thousand-year-old Spanish archaeological stele Estela de Luna; he is also the only musician who can play the 15-string Tartessian lyre.

This distinct and original mix brings sci-fi and fantastic vibes to their performances, elevating them to a new level of expression.

The band combines ancient instruments with digital music arrangements to create magical tracks for a popular game; they have also performed live in Taiwan, China, Colombia, Brazil, and Spain. In 2019 they released the first album Árcaron-Under Twin Moons: The Rise of a Myth and won Best of Show (Gold Medal), Best Composer, Best Producer, and Top Album at Global Music Awards. This album was also nominated for Best Crossover/World Song at the Golden Indie Music Awards. In addition, they were selected for the TransGlobal World Music Chart.

YK Band also collages the essence of ancient music and re- arranges it from around the world to make the music timeless. Their music is a story and a journey that no one should miss. 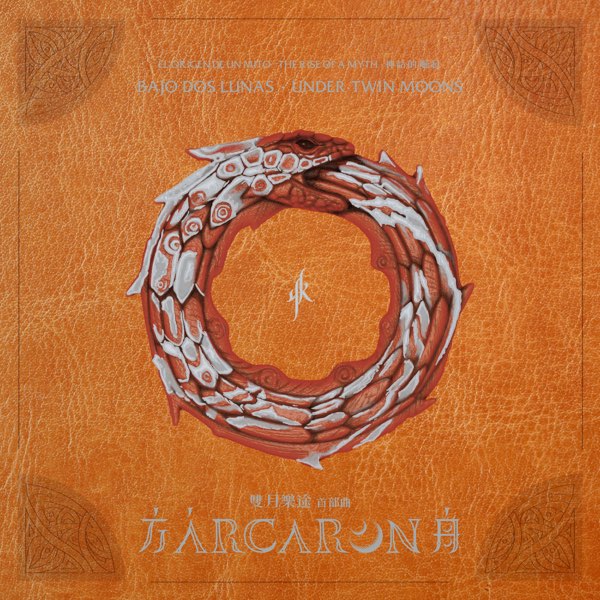 Árcaron-Under Twin Moons: The Rise of a Myth
Back to List