Formed in 1997, The Chairman is a rock band that combines elements of traditional Taiwanese culture with Hokkien lyrics. Not content with only expressing their love for Taiwanese culture through their music, they are also known for incorporating elements taken from local religious traditions and aesthetics. They have won countless domestic music awards, while the aforementioned love for traditional Taiwanese elements led to a Grammy nomination for Best Recording Package in 2019. The Chairman has toured more than 50 cities to date, and has in recent years begun working with other mediums of art such as film and theater.

The Chairman started off having lyrical themes centered on the everyday struggles of young people, such as emotional frustration and leaving one's native land for work. The band soon built a reputation for their ability to encapsulate these emotions through their lyrics and strong rhythmic arrangements around the turn of the millennium, with tracks such as "You Could Never Understand" and "Finding a New World".

The last decade has seen The Chainman shift creatively, moving away from focusing on the struggles of young people, and tracing their cultural roots. Their 2010 release The Gods Bless Taiwan, was the band's first foray into incorporating traditional Taiwanese cultural and religious elements, which received high praise from critics and fans alike. The album went on to snatch up three Golden Melody Awards for the band. A monumental achievement for The Chairman, as the Golden Melody Awards are often touted as Taiwan's equivalent to the Grammys. Their live performances also began to emphasize these traditional Taiwanese elements, with the incorporation of instruments such as the beiguan and early synthesizers, a tribute to the Hokkien opera shows that inspired the band's new sound. Building on the success of The Gods Bless Taiwan, The Chairmen went one to play Taiwan Day for the New York Mets, and V-Rox Music Festival in Vladivostok, Russia, the same year.

Fast forward eight years to 2018, The Chainman release their conceptual follow-up to The Gods Bless Taiwan, titled The Offering. Expanding upon what Gods achieved, The Offering saw the band bring in even more traditional Hokkien and Chinese instruments, such as the luogu, suona and Chinese horns. They also worked with the world renowned Chio-Tian Folk Drums & Art Troupe, and Chor Lai's handpans, giving the album even more musical textures. With The Offering's new songs, they also aimed for a closer connection between their music and promotional material. For Example, the music video for the track "Goddess of Jiu-Tian", combined traditional shadow puppetry with Indian folk art textures. Shadow puppetry was a popular form of entrainment in pre-industrial Taiwan, with their appearances often associated with semi-religious lunar calendar festivities. Another aspect of the album's overall appeal, the packaging design, infused elements of traditional Taiwanese folk tales and religious practices with sleek modern design aesthetics. It went on to receive a nomination for Best Recording Package at the 2019 Grammys, and at The Independent Music Awards.

Aside from music, The Chairman have also branched into other mediums of art. The band collaborated with VMTheatre Company, co-producing the musical theatre Flowers in the Wind, which sought to discuss the relationships Asian mothers have with their children. The musical theatre not only went on to receive praise from viewers, but was later adopted for television. Simultaneously, The Chairman also worked on the film Killed by Rock and Roll, for which they provided substantial input in terms of story and setting.

The Chairmen have always insisted on writing their lyrics in Hokkien, while also taking creative cues from traditional folk music and culture. Not many bands can build a collection of music by fusing elements from both east and west- blending Taiwanese folk music with rock 'n' roll is no easy task, but The Chairman have not only done it successfully, but they have continued to innovate past their previous achievements. And maybe this is why the band has continued to attract fans from a multitude of cultural backgrounds. 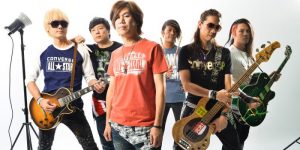 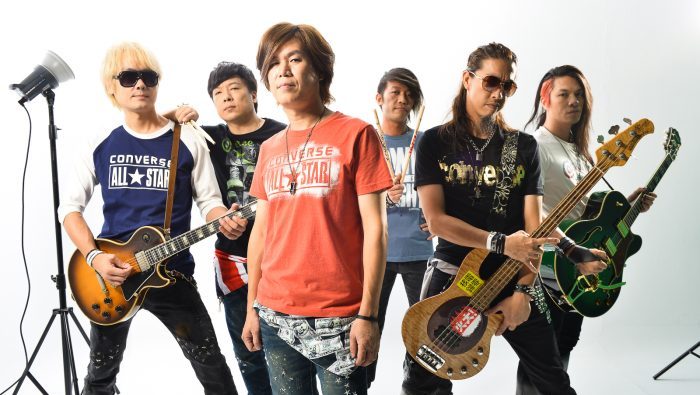