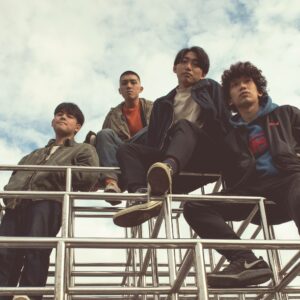 True to their name, SoulFa describe their music as a “couch for the spirit”. Blending warm melodies with a pared-back audio landscape, their sound gives off strong lazy Sunday afternoon vibes. The band is made up of vocalist Benshan, guitarist Poo Poo, bassist Henry and drummer Look (who also plays percussion for Bestards). Since releasing their first self-titled album, back in 2019, they have been slowly keeping the pipelines open with new singles that kept fans listening through 2020. Gentle guitar melodies and bouncy tambourine sounds make the song “Summer Naps” perfect for conjuring up picnic weather. The swirling melody picked out on the electric guitar in “Daydream on sofa” recalls the early 2010s vibes of Two Door Cinema Club, while the lyrics offer a sun-kissed lament to the beauty of nature. 2021 saw the release of their second album, Slumber Days. According to one interview with the band: “Rock has probably had the biggest influence on us, especially being in a band and making indie music — we are so influenced by it that we’ve basically been doing the same thing ever since the beginning!”