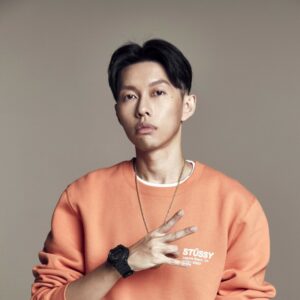 Since the start of his music career in 2009, Taiwanese hip-hop artist Soft Lipa has gained a strong following with his smooth, jazzy hip-hop tracks. Soft Lipa might not be widely known in Taiwan’s mainstream music scene on the same level as how many Mandopop stars have become household names, but he is a familiar name to practically anyone who listens to Taiwanese hip hop and rap. Best known for his chill (and often jazzy) beats and melodic flow, he joined KAO!INC, a Taiwanese independent hip-hop label, in 2005, then debuted his first album Lotion in 2009, which gained him a strong following instantly. A consistent favorite among fans of Taiwanese hip hop, he was nominated for Best New Artist in the 21st GMA (Golden Melody Awards) and his song “Bear” won the Best Hip-Hop Song in the 1st GIMA (Golden Indie Music Award) for this album.

Seven years passed between the release of his previous album, Secrets of Tu Cheng Hsi: Renovate, and his newest album Home Cookin. And although much has changed for Soft Lipa himself (he is now a father of two children), his sound is as fresh as ever. In 2017, he went on a world tour with the label KAO!INC, and toured in China, Japan, Taiwan and the USA. Soft Lipa’s return to releasing music of his own had been eagerly anticipated, and if the five nominations that he has gotten from the Golden Indie Music Awards this year are any indicator of what people thought of it, you could say that Home Cookin has been well-received. Soft Lipa’s changes in his life (including the departure from his previous record label Kao Inc. and starting his own label, RSDR) seem to have given him the inspiration to experiment with his music, which has yielded great results. And for fans of hip hop, the little snippets of references to older hip hop songs are also fun to carefully listen for (like the subtle nod to Andre 3000’s “Forever. Forever? Forever ever. Forever ever?” from “Ms. Jackson” by OutKast, on “Kam Cho” [琴操]), which adds to the listening experience.